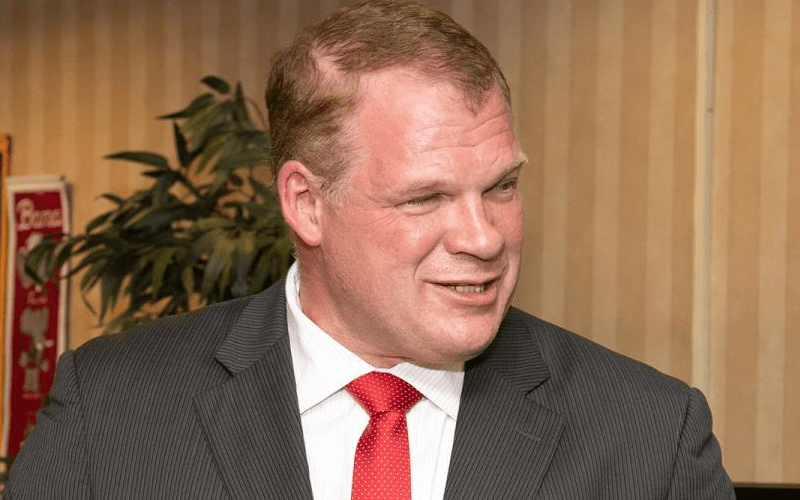 Kane is a busy man these days, balancing the odd appearance on WWE television with his new political role as Glenn Jacobs. People who knew him could probably see this coming from a mile away, but in terms of the bigger picture, it’s difficult to say that fans could’ve imagined the same thing.

He’s made quite the life, and career, for himself over the years, and he certainly seems to be in a position of real importance – especially as we look ahead to the impending 2020 US presidential election.

During a recent social media segment with Stone Cold Steve Austin ahead of their interview airing, Kane took part in a quickfire series of questions from the WWE Universe.

During the chat, Kane confirmed that his dream opponent in professional wrestling would’ve been Andre The Giant – whilst also making it clear that he believes the best big man in the history of the business is none other than The Big Show.

This immediately makes us want to see the full, finished product of this interview, but beyond that, it’s just nice to keep peeling back the curtain in order to learn more about the man behind one of the most fascinating characters in WWE history.

Kane is no longer a featured member of the main roster as a direct result of his political work, and we understand that. However, that doesn’t stop him from getting guys over whenever he returns to our screens.

The guy is a legend, and that’s just a fact.