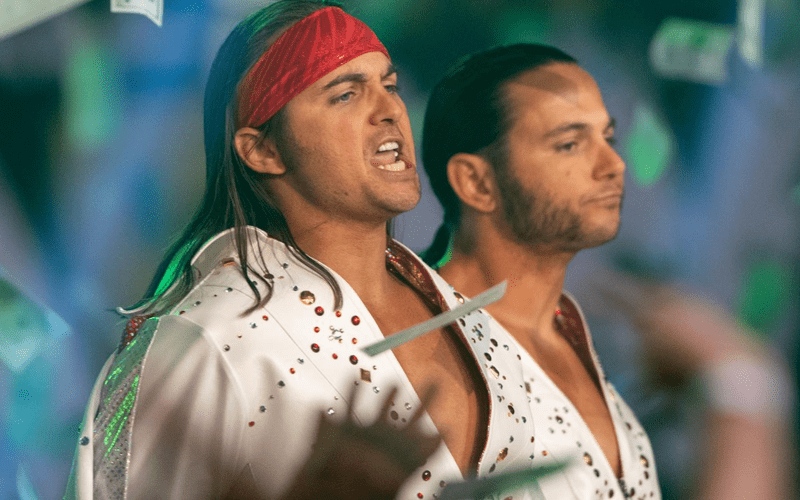 The Young Bucks had lucrative WWE contracts on the table, but they turned them down. If they would have accepted those deals then AEW would have likely never became a reality as we know it today.

Nick and Matt Jackson still have their list of who they would like to face. When they spoke to ESPN’s West Palm, Nick Jackson revealed that they would love to face The New Day.

“Off the top of my head, I would say The Elite versus New Day because that was something that was actually close to happening at one point, but it just never happened but I think if that six-man would’ve happened, it would’ve tore the house down.”

The New Day all signed new five year contracts with WWE. A match between The Young Bucks and New Day might seem far-fetched, but Matt Jackson’s pick could happen in AEW by the end of the year.

“I would say for me, the obvious one whenever anyone talks about the dream match that has never happened, would be us and The Revival because I feel like there’s some real life tension there and I don’t know if it’s competitive or friendly or whatever.”

The Revival have not re-signed WWE contracts. The same deal is on the table, but the Top Guys might be out of WWE soon enough. That leaves the chance for at least one of those dream matches for The Young Bucks to take place.