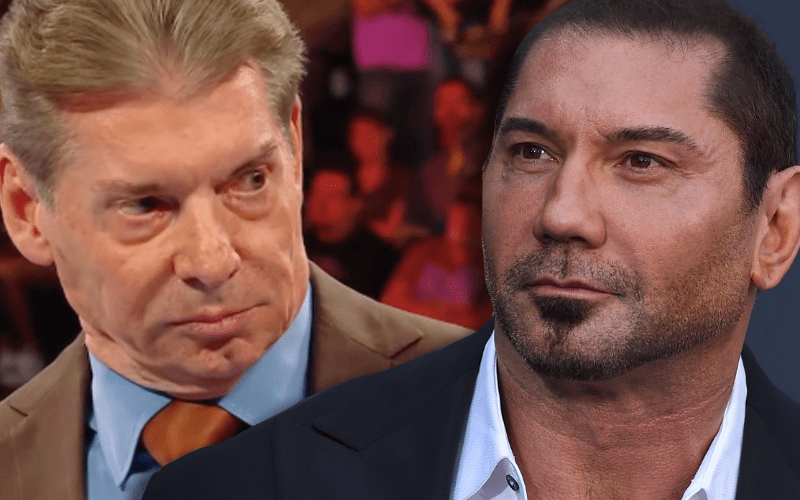 Batista has been keeping up with the XFL’s relaunch like the rest of us. He didn’t comment on their interesting set of rules, but he did recently throw some shade at the NFL.

Drax The Destroyer knows Vince McMahon. The Chairman Of The Board loves dogs. Dave Bautista didn’t name any players specifically. He did say that Vince McMahon won’t stand for certain people to play for his league.

Well I can say this about the @xfl2020 .. knowing that @VinceMcMahon is a huge dog lover, there’s not chance in hell he’d be ok with dog murderers and piece of shit players abounding their dogs in the middle of the street. I’m not sure how anyone else is ok with it either.

This was a pretty bold statement for Batista to make. It sounds like he’s going to be watching the XFL on FOX when they debut in 21 days.