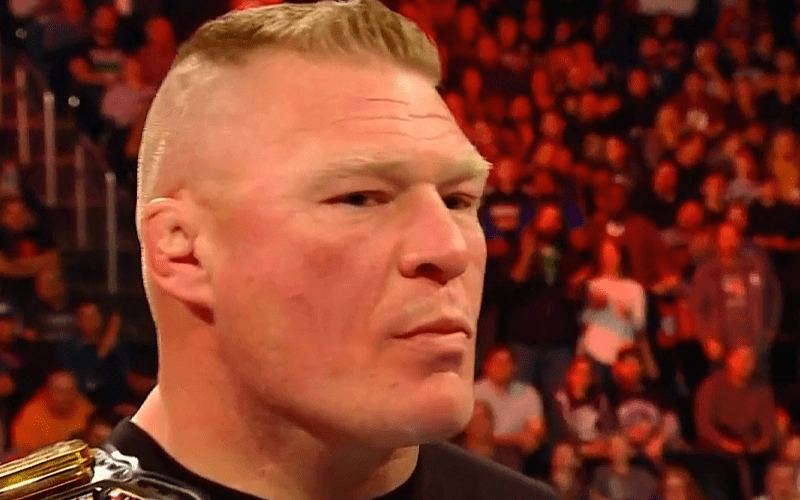 Brock Lesnar is pulling a huge unprecedented move by entering the Royal Rumble match in the first entry. This could open up an interesting road to WrestleMania.

Wrestle Votes reports that WWE is setting up Brock Lesnar’s WrestleMania match with this Royal Rumble angle. This could point toward Lesnar’s opponent not being from the Raw brand.

Source says WWE is doing this Lesnar in the Rumble angle as a way to set up Brock’s Mania matchup. Which could signal its against someone from SD or NXT as Heyman mentioned a few times last night. Opens up a world of possibilities.

There are a ton of people in NXT and SmackDown who could make a fine WrestleMania moment with The Beast Incarnate. This definitely opens up the possibilities about what’s to come for the WWE Title picture as well.