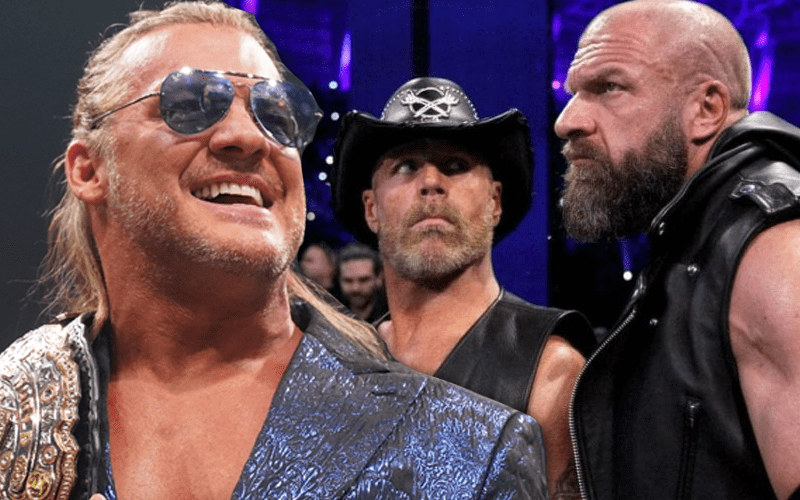 DX has consisted of several components throughout the history of the faction. Six members of the legendary stable rightfully found their way into the WWE Hall Of Fame, but Triple H and Shawn Michaels have also been known to fly the DX banner as a duo.

While speaking to Sports Illustrated, Chris Jericho discussed what his career would be like if he never left WWE. He said that The List Of Jericho would still be a thing and stale. Then he used DX as an illustration of why it’s important to keep freshening up your gimmicks.

I have a great list of hits, but a lot of those will never be played again because I’m too busy concentrating on new hits and performing at the highest level. It’s hard to leave all the old gimmicks and catchphrases, and take a chance, but if you don’t do that, it’s like DX coming to the ring in 2019 and yelling ‘Suck it!’ It looks like a relic from the past, and I never wanted to be that.

Chris Jericho has been able to reinvent himself time and time again. Perhaps we haven’t even seen the final incarnation of Y2J. One thing we can count on is that he won’t be doing the same deal that he did twenty years ago.