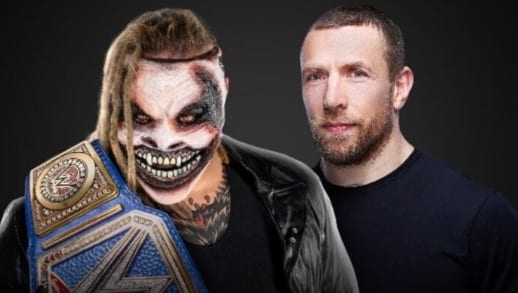 As seen on Sky Bet, the early betting odds for Bray Wyatt vs Daniel Bryan at WWE Royal Rumble have been released.

These two men have been battling on and off for years now, and it truly does feel like this meeting is going to mark the conclusion of the rivalry – for the time being, at least.

It would appear as if The Fiend is going to make his presence known this time around instead of Wyatt himself, but when he’s going up against someone as unpredictable as Daniel Bryan, you never really know what is going to happen.

In terms of the betting odds, it won’t come as much of a surprise for people to learn that Bray Wyatt is indeed the strong 1/5 favourite to walk out of the Royal Rumble with his belt still intact. Bryan, on the other hand, is a 10/3 underdog to pull off what many consider to be the impossible.

Wyatt seems destined to hold the Universal Championship through until at least WrestleMania 36, with many expecting Roman Reigns to be the one who challenges for the strap in the main event in Tampa.

Given everything that we’ve come to know about Reigns and Wyatt as the years have gone on, we can only assume that this will mark Roman’s coronation as champion once again.

Either way, when it comes to Wyatt vs Bryan, we can all sit back and enjoy the fact that these two will almost certainly put on a barnstormer of a match.