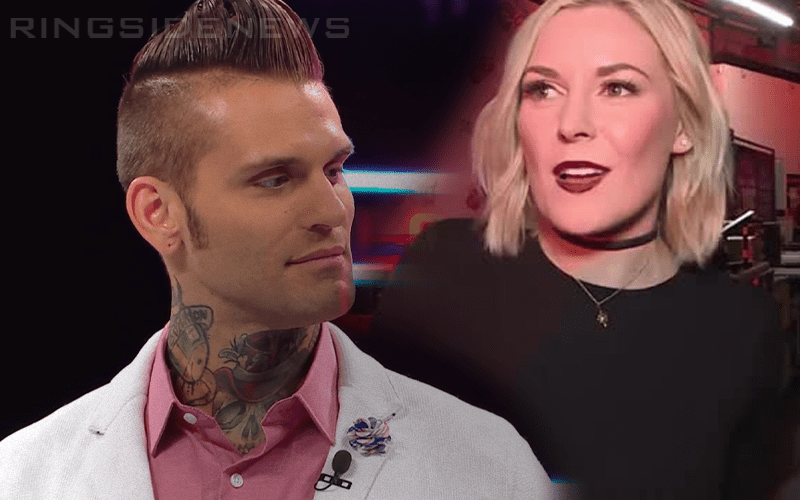 Everyone likes to have a bit of fun in the world of wrestling from time to time, mainly because it’s the sort of ‘serious business’ that a lot of folks always take far too seriously.

As such, when an opportunity arrives for a bit of teasing and trolling on social media, a lot of WWE superstars jump at the chance to get fans talking – and one such example of that is Corey Graves.

Graves may be a commentator on screen, but more often than not he tends to double up as a bit of a Twitter troll who can’t help but stir the pot – just for the sake of it, most of the time.

Renee Young is currently over in Japan in order to watch her husband Jon Moxley, formerly known as Dean Ambrose, compete at the Tokyo Dome at Wrestle Kingdom 14.

The fact that she’s even allowed to go is great as some suspected WWE may block her from doing so, but as it is, they seem to have a very open relationship – in reference to WWE and Renee.

Corey just couldn’t help himself, though, causing some amusement within the WWE Universe by implying that Young would be making the leap over to New Japan.

While that isn’t at all likely, you have to wonder whether or not Renee would ever consider taking her career in a different broadcasting direction once her time on WWE Backstage comes to an end. We hope not, though, as she’s one of the best on-screen talents that they have.