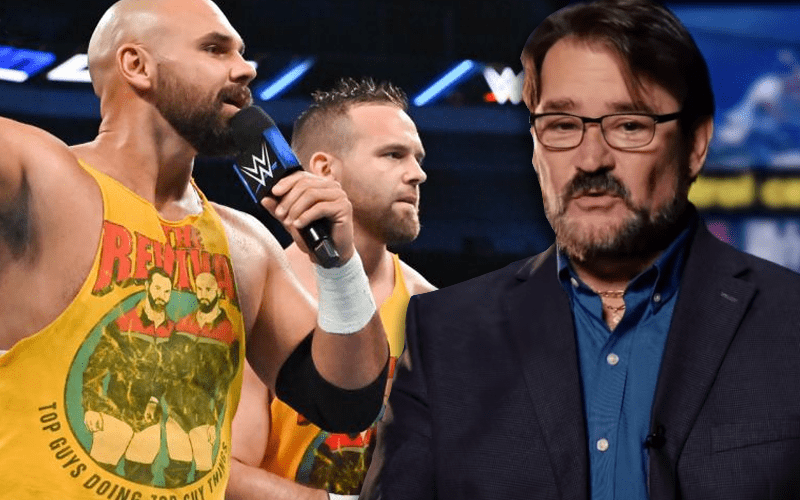 Tony Schiavone spent years away from pro wrestling until he was brought back in through the world of podcasting. It didn’t take Schiavone long to realize that he was missed and people still love him. It turns out that he might have doppelgangers all over as well.

The Revival recently threw a shout-out to Tony Schiavone in a very interesting way. They spotted a fan who looks like the AEW announcer so the Top Guys couldn’t resist a photo-op.

Good to see @tonyschiavone24 tonight in Jacksonville. So much knowledge this man has. He told us we were his favorite current tag team

Of course, that wasn’t Tony Schiavone, but it’s the thought that counts. Perhaps it won’t be long until Schiavone is calling #FTR’s matches, but it will be on a different night and channel than we’re currently used to seeing The Revival perform on.