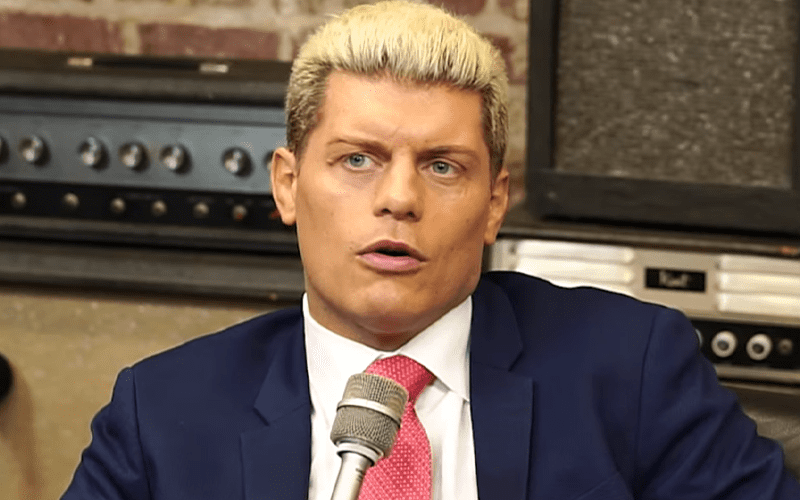 AEW makes the most out of the time their stars have in the ring. They even air the dark matches on YouTube. One thing you won’t be seeing is a house show loop for AEW because it is an antiquated system according to Cody Rhodes.

While speaking to The Dallas Morning News, Cody Rhodes explained that the house show idea is out of dated. AEW has a weekly Dynamite show and they don’t plan on running any live event as their competitor might.

“One of the benefits of working for All Elite Wrestling – if you’re a competitor – you’re really only working one day a week. The really die-hard, committed, kind of golden circle of our company is always working, and that includes wrestlers – not just management. Their minds always going. But it’s new to wrestling that Tony’s offered this schedule.”

“Some people are free to do independent [shows] on the weekends where they can keep getting their reps in. Some other people don’t need the reps – like my brother [Dustin Rhodes, formerly known as Goldust in WWE], he’s had 20 years of reps. He’s TV-ready always, as kind of proven by this last week in there with The Young Bucks and Santana and Ortiz. I think it’s the way it should be.”

One of the benefits of AEW’s schedule is the freedom it gives their stars to make their own schedules on the weekends. If they only need to worry about where they will be on Wednesdays then it makes things much easier for everyone involved as well.