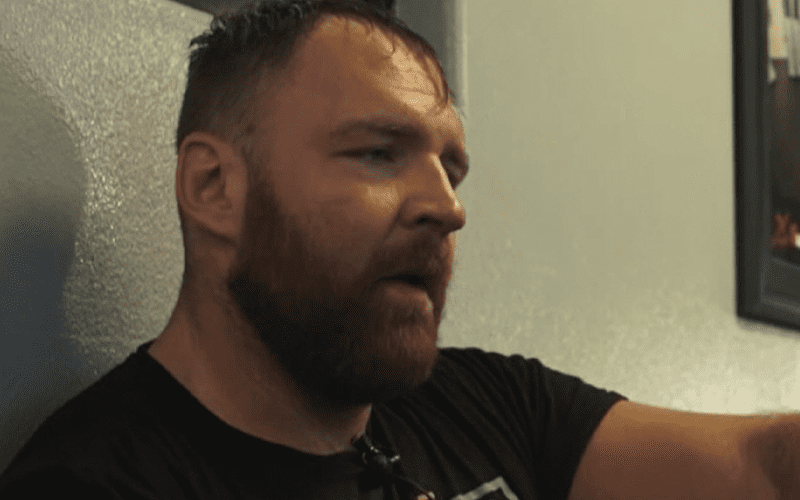 Jon Moxley could have stayed with WWE for much longer, but their bad stories made him leave. He wasn’t happy about that either.

While discussing his big career move to AEW with Chris Van Vliet, Moxley admitted that a lot of it had to do with timing. Everything just seemed to match up perfectly as he was leaving WWE to embark on a new adventure while AEW was just opening their doors.

“A lot of it was the timing and not just what I wanna do, but change the business and be a part of this thing. It really does create a viable alternative because I could be a difference maker here. It’s like I had to it’s like the universe and Double Or Nothing, the timing of it and everything it chose me. Even then it was in my home town there were all these signs pointing and I always had good relationships with a lot of the guys here that I first started talking to.”

“I was like ‘Okay, what are we doing? What’s the goal here?’ I loved everything they said from the way that we’re gonna do stuff to the business stance to the creativity aspect of it or whatever. I was like, ‘Okay.’ There was no reason not to jump on the boat and take this journey. A lot of people would have swam back to the island, I’m like, ‘f*ck the island let’s find some new territory.’ You know?”

Jon Moxley seems very happy with his decision. He is allowed to work in Japan and also take part in other creative projects without having to go through a bunch of approval and red tape. In the end, he’s probably happy that he didn’t swim back to the island of WWE.