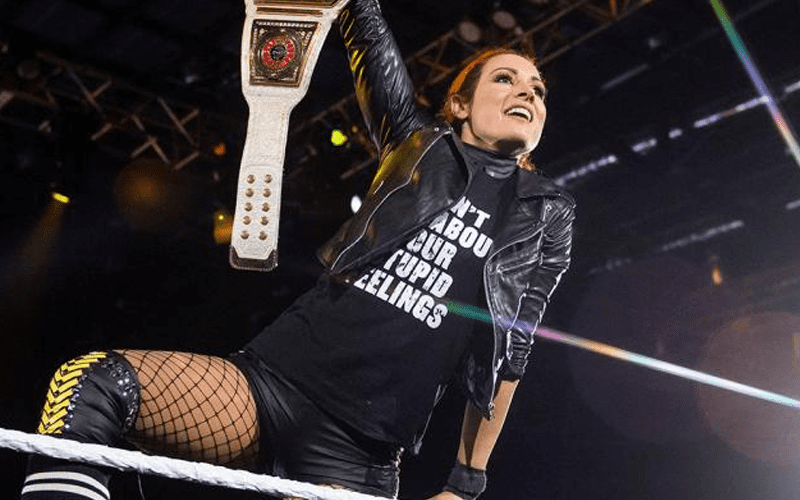 Becky Lynch didn’t appear on WWE RAW for the second week in a row. This is interesting considering the fact that she’s the current RAW Women’s Champion.

After the show was over in Nashville this week, The Man came around. She wrestled Kairi Sane in a dark match before the crowd went home.

Lynch defeated Kairi Sane who had previously wrestled in the night. Sane was involved in a handicap match earlier in the evening with Asuka against Charlotte Flair.

We’ll have to see when Becky Lynch shows up next, but she is currently advertised to take part in a tag team TLC match. So, odds are WWE is still preparing Flair & Lynch vs The Kabuki Warriors.