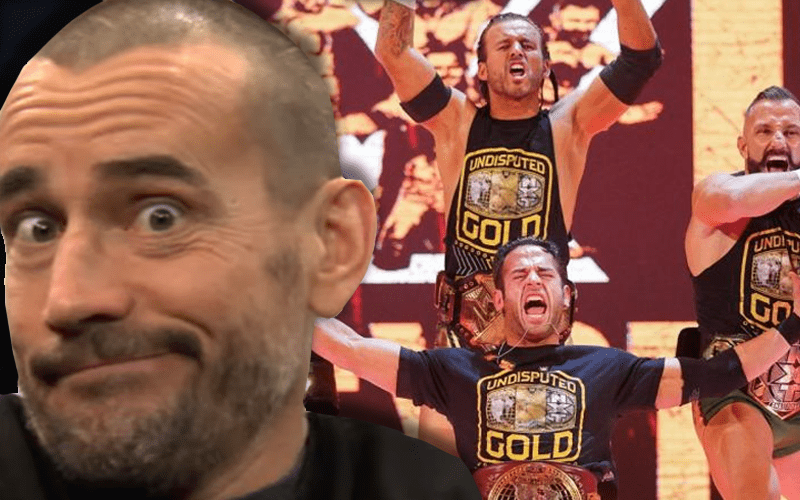 Adam Cole happened to be in the studio during WWE Backstage when CM Punk made his big surprise debut. He might have been there for that big moment, but he doesn’t need Punk to make memorable moments with the Undisputed Era.

While speaking to Sports Illustrated, Adam Cole was asked about the possibility of adding CM Punk to the Undisputed Era. He replied that they are perfect just the way they are. They’re not adding another male or female and that includes CM Punk.

“Everyone who has followed me knows that CM Punk has been a major influence of mine, especially on the independent scene. He was a guy I looked up to and studied, and someone I really, really enjoyed watching. It was so cool to be there and see him on Backstage, and I had no idea that was going to happen.”

“This is what I’ve always wanted to do. I’ve worked my whole career to get to this point. The Undisputed Era, the four that we are, couldn’t get any better. We’re the flag-bearers of the NXT brand, and we are perfect the way we are. I wouldn’t add a male, I wouldn’t add a female, and we won’t add CM Punk.“

CM Punk hasn’t even confirmed that he is coming back to WWE to wrestle at all. He has a contract with FOX to be a part of WWE Backstage. That won’t keep people from pondering how CM Punk might fit into the current WWE landscape.