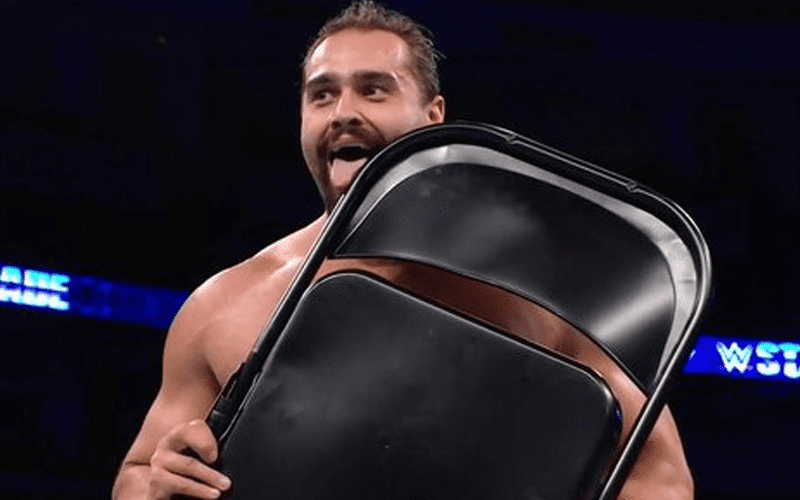 Rusev jumped Bobby Lashley at Starrcade and he didn’t give Lashley much breathing room in the attack. When everything was said and done, The Bulgarian Brute pulled one over on Lashley and Lana. He might have also received a new name as Michael Cole called him “The Bad Boy.”

After his Starrcade invasion, Rusev was quite happy with himself. Lana and Bobby Lashley were less than amused. Lana fired off a pretty hateful and concerned backstage promo where she called Rusev a danger to anyone around him.

“First of all, Rusev broke the law. Do you understand that I have filed multiple restraining orders — the first thing I did when I landed in Georgia, I went to the court and filed another restraining order so — he’s breaking the law!”

“Don’t you see that he’s a danger to society?! He’s a danger to you. Yes, thank me. Say ‘thank you.’ Say thank you for looking after my safety. Yes, I’m such a good human. I’m looking after your safety, I’m looking out for Georgia, the safety of the WWE Universe by getting these restraining orders against the monster Rusev, my ex-husband, I mean you just saw what he did again to my Bobby!”

Lana said it was unbelievable, but she’s going to be okay. It also seems like Rusev might be getting a new nickname as he’s now apparently the Bad Boy of WWE. Let’s see if Joey Janela has anything to saw about that.