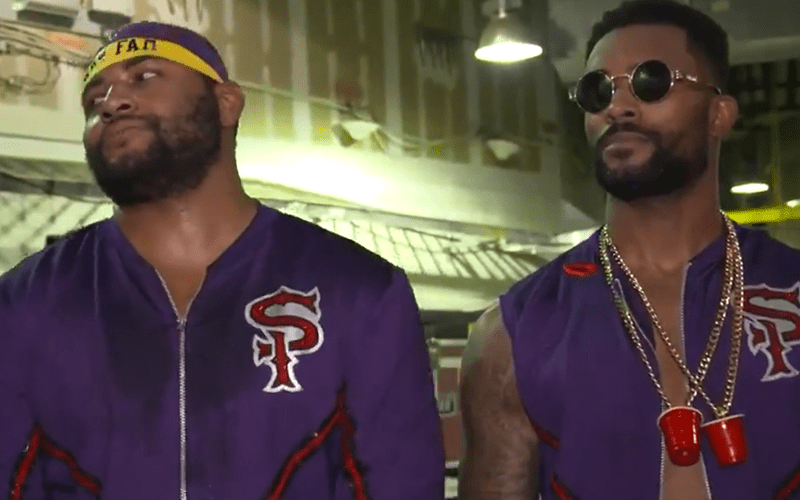 Starrcade kicked off with a very special Kevin Owens Show. Ric Flair was the special guest, but The Street Profits also got in on the action.

Following their Starrcade appearance, Montez Ford and Angelo Dawkins were more than thrilled with how their time in the ring went. They got to share the ring with Ric Flair which was an unbelievable experience.

Obviously, this was an experience that they won’t soon forget. The Street Profits are just getting started in WWE, but they are definitely finding themselves in some incredible positions as they get going.