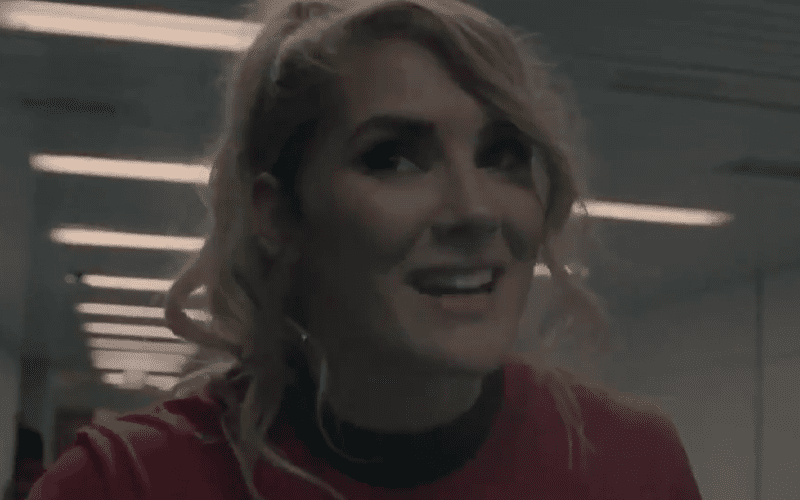 Becky Lynch did not make it to Saudi Arabia, but she was there in spirit. During WWE 24, Lacey Evans revealed that she wore Becky Lynch’s boots during her match at Crown Jewel so The Man could be a part of the event as well.

“Well, you know what? I had about seven different pairs of boots I could have brought today. But, you know what? The more women out there, the better. And I brought Becky Lynch out there with me. So it wasn’t just me, and Natalya, because me and Becky have had some of my biggest matches. And she was out there with us tonight.”

This was a pretty cool thing for Evans to do. Some fans wondered why Lacey Evans was picked for this big spot, but she certainly understood the gravity of the situation. Evans might have lost the match in Saudi Arabia, but women all over the world ended up winning including Becky Lynch.