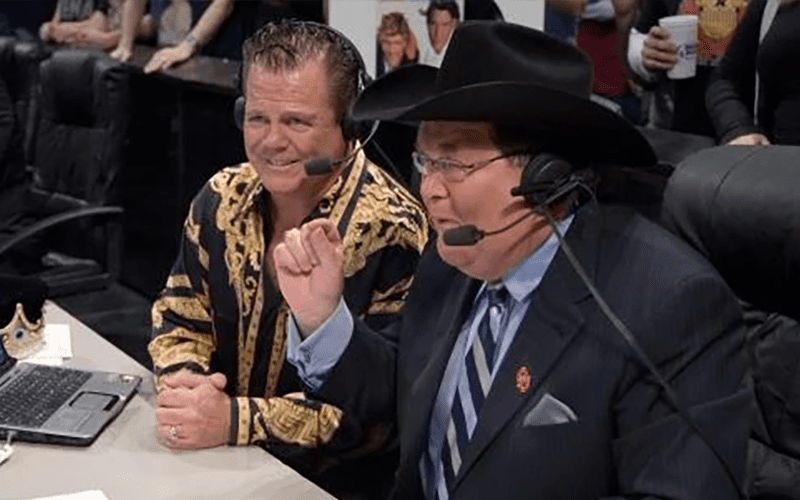 Jim Ross and Jerry “The King” Lawler called tons of matches as a team, but they were never supposed to share the commentary table. On a recent episode of Grillin JR, Ross explained why Vince McMahon put Lawler on commentary in the first place.

Randy “Macho Man” Savage wanted to wrestle, but Vince McMahon needed him on commentary. Savage ended up leaving WWE which is the only reason that Jerry Lawler got the job according to JR.

“The only reason that Jerry got on Raw was because Savage walked. And it was one of those old classic deals, we didn’t know they were gone until they were gone-type deal, and you know, subterfuge in wrestling and the mistrust and the paranoia. And all the normal bulls**t. And so when they realized that Savage was not going to be at the taping that night, on site, it was suggested that Lawler do it. You know, it might have been Bruce that suggested it, I don’t know who did it.”

Jim Ross is now calling AEW, but he is certainly aware that his old colleague is on RAW. Now those two are still on television, but working for separate companies.

We’ll have to see if they ever share a commentary table again, but that legendary team never would have been put together in the first place unless Randy Savage decided to leave for WCW.