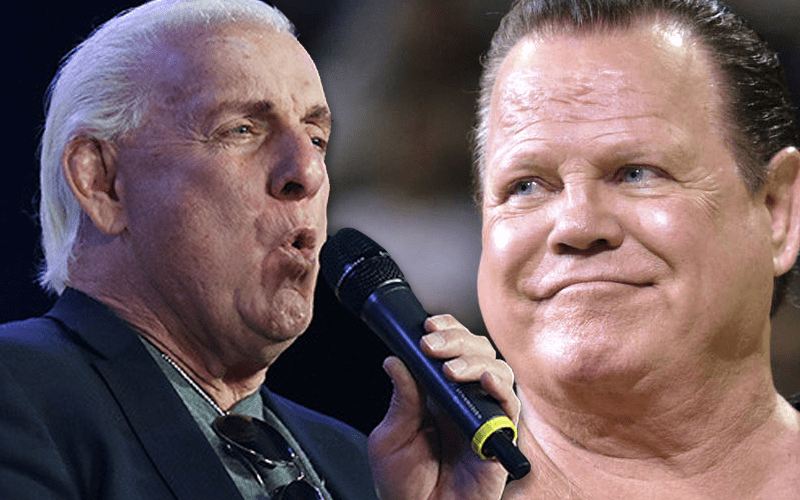 Jerry Lawler is a WWE Hall Of Famer with tons of matches to prove it. He had epic rivalries with Andy Kaufman and many more. That being said, he wished that he could have locked up with The Nature Boy more often.

Lawler saw a fan share an old clip from a 2004 match he had with Ric Flair. After watching this clip and getting a big nostalgic, “The King” admitted that he wishes he would have had more opportunities to mix it up with Flair.

Sure wish I had got to wrestle @RicFlairNatrBoy more often throughout the years!

Jerry Lawler vs Ric Flair isn’t likely to happen in 2019, especially in 2020 and beyond. At least we have those memories of the times when they were able to lock up because there are so many dream matches like this that never had a chance to happen at all.