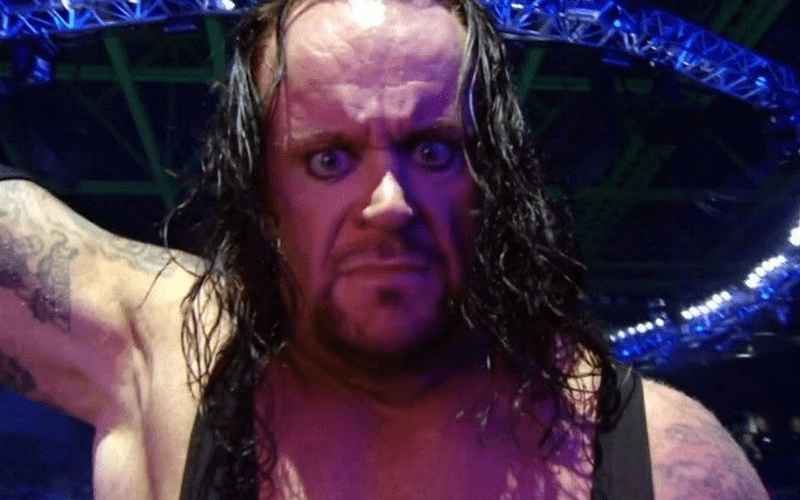 The Undertaker is getting himself out there in ways that he never has before. The reason why it is so strange to see The Dead Man break out of his character is because he went so long without stepping out of his persona.

While speaking to the Broken Skull Sessions, The Undertaker explained how seriously he lived his gimmick. Every piece of clothing he owned was black. He was able to get away with a lot more without cell phones existing, but he never dropped the character at all and always kept working.

“I lived my gimmick, I lived it for years and years. It was easier before there were cell phones and everything, but everywhere I went when I was in street clothes even though I wasn’t in my black leather coat, I was in black. I didn’t talk much. I lived it because I knew I couldn’t be different from what they saw on TV.”

“I never stopped working, I never. You go to my house back then and open up my closet I dare you to find something that wasn’t black. I lived it. I never put myself in situations where I had to be something other than what people saw on TV. They got a slight variation because I was in street clothes, but they never got much more than that. I lived it, I think it worked.”

It had to have been exhausting to keep up The Undertaker gimmick 24/7, but he was certainly up for the big responsibility. As time goes on we might never see another character like The Undertaker. That is especially true because even a gimmick like The Fiend can seemingly be spoiled with one Instagram post.