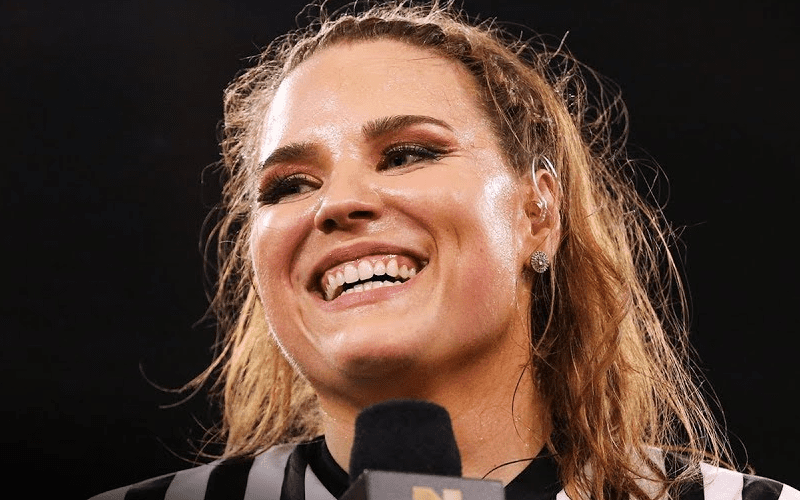 WWE is always looking for good additions to the main roster and it looks like Jessika Carr’s time in NXT has come to an end.

Carr officiated the main event of NXT this week between Tommaso Ciampa and Finn Balor. That match appears to be her final outing in NXT. After the show went off the air she received a big send-off.

Tommaso Ciampa announced that Jessika Carr is “making the lateral move to SmackDown. She will be on the WWE main roster and will start on the SmackDown brand this Friday.

This was certainly a big moment for her career as the Full Sail Arena crowd got a chance to bid her farewell. She also had a chance to address the crowd.

You can check out a video of her goodbye to NXT below.