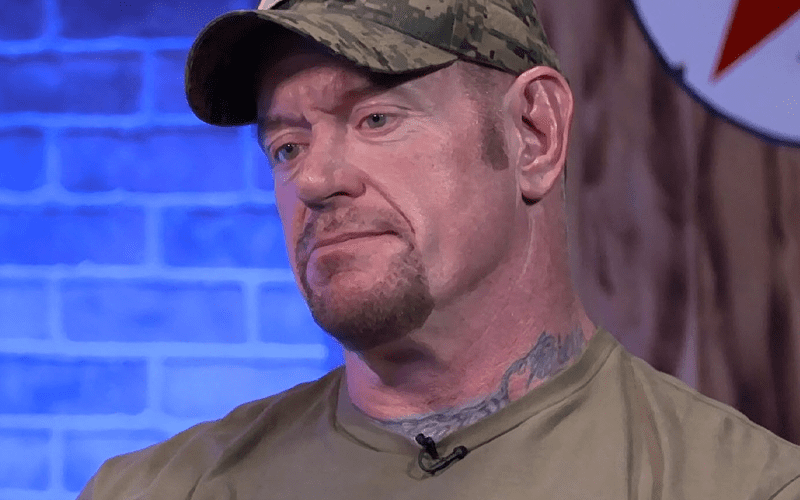 The Undertaker is a legend in the pro wrestling business. His name transcends WWE into pop culture as an iconic image. The Dead Man is also known for his role as a locker room leader. He led the boys in the back through times of very skimpy business into new eras that followed. He never saw it like that though.

While speaking to the Broken Skull Sessions, The Undertaker revealed his feeling about being considered a locker room leader. This wasn’t something that he ever took upon himself to do. He was simply standing by Vince McMahon who was the man that gave him the opportunity in the first place.

“I never thought of myself as the locker room leader. It just kinda happened in a sense just because I was kinda there for everything. I tell people that sometimes and I never want it to come off like I’m being an asshole, but when times were so lean there when business was so bad I’ve made more in one pay-off than I did in a whole year.”

“It’s something else, just another little thing I put in the back of my head, you know because I know that this is where I need to be and regardless of if [Vince McMahon and I] butt heads or we don’t agree which is gonna happen, it’s a creative business — we’re not gonna see eye to eye. You and I might not have the same vision on a finish, but we’ll get there, you know? It’s a process. It’s the same with [Vince McMahon] but we know where we gotta be.”

“Regardless, he gave me my chance. There’s no telling where I would’ve been if he hadn’t given me the chance and I just never forgot that. Like I said if that ship would have went down I’d have been sharing that life vest with him.”

There are new locker room leaders now, but when The Undertaker comes around he can fill that role whenever he likes.