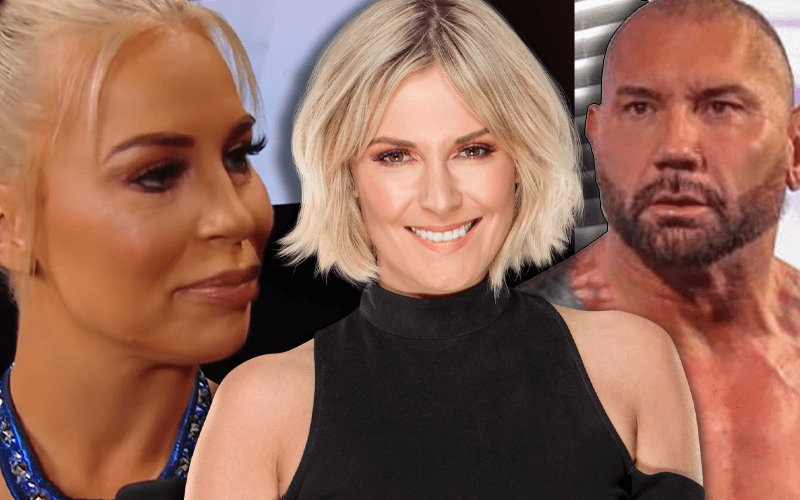 We’re not 100% certain what is going on between Batista and Dana Brooke, but something seems to be brewing.

We previously reported that Batista and Brooke have been sending each other some flirty tweets. Then Brooke seemed to confirm a date and said that she’ll slide The Animal her number through the DM’s.

Renee Young has a very good handle on what is going on in pro wrestling. With everything happening right now, she had to admit that her favorite thing is Batista’s tweets with Dana Brooke.

The world of wrestling is thriving! Such an exciting time for everyone involved. But that being said, the @DaveBautista and @DanaBrookeWWE interactions are my favourite thing going.

Renee Young is obviously having a good time on wrestling Twitter. Every subject might not be her favorite, but she’s certainly entertained by what’s going on in Batista and Dana Brooke’s timeline.