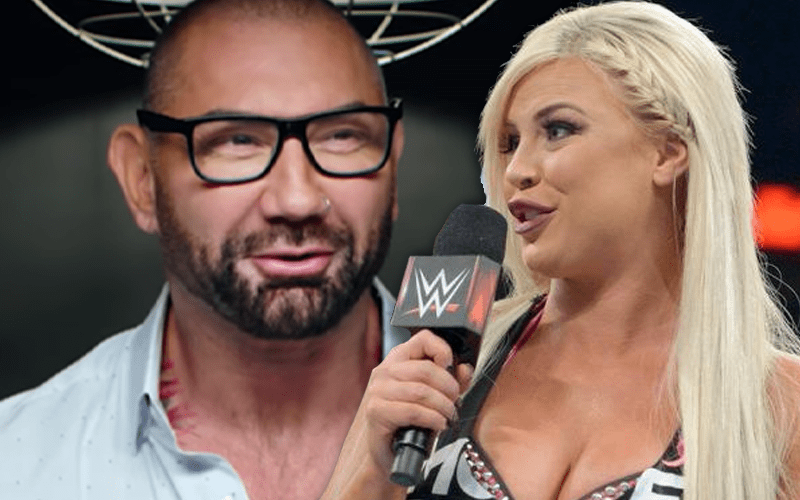 Dave Bautista is now single. He made sure that everyone knew this with a tweet the other day. It didn’t take Dana Brooke long to reply either.

Now it seems like there is some Twitter flirting going on between Batista and Dana Brooke. They could be playing around, but this is a pretty public forum to do this without people noticing.

Batista sent out a picture of himself with a mention to Brooke while saying: “Sup?” Then Brooke replied with: “Oh, not much, you?” This was followed by Big Dave saying:

You know. Just standing around with my arms up. I see you been gettin those squats in. [peach emoji]

Let’s just see how far this goes. At this point plenty of fans who follow both of their timelines are eagerly awaiting the next phase of this “will they or won’t they” situation.