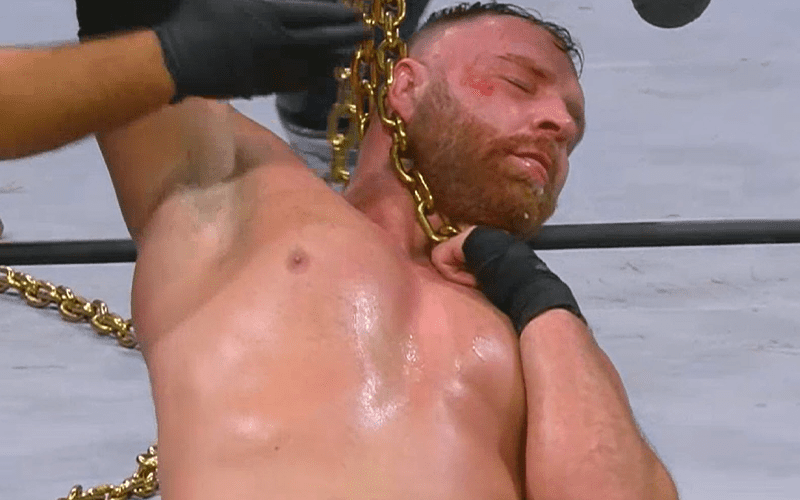 Renee Young is a very good wife. She doesn’t like seeing her husband being ripped to shreds on live pay-per-view. The WWE Backstage host commented during Jon Moxley’s brutal match against Kenny Omega at Full Gear. She didn’t seem to enjoy it very much.

Jon Moxley called his wife “over-dramatic” in a recent interview. Obviously, she took exception to this take on how she handled the brutal unsanctioned Full Gear match.

It looks like they might want to agree to disagree on this one. Either way, it’s totally understandable if Young was worried as she watched her husband take a fall into a barbed wire spider web.