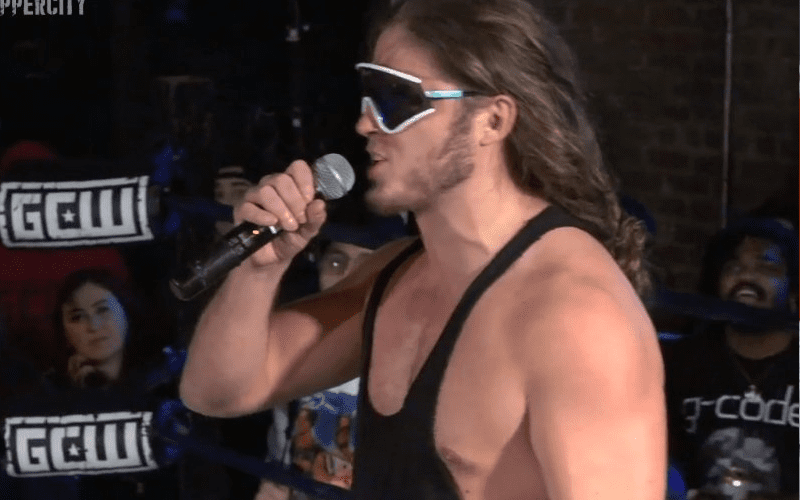 Joey Janela said he wasn’t showing up at AEW Dynamite this week which he didn’t. He claimed to have an issue with AEW’s booking while saying that it was ruining the career that he spent 14 years creating.

Tonight at Game Changer Wrestling’s event, Janela showed up in a big surprise appearance. He not only talked trash about AEW, but he also accepted Jon Moxley’s open challenge that he laid down on Dynamite this week.

Janela said that if AEW isn’t going to give him the microphone then he’ll show up in a place “where they’ll give me the microphone and I can say whatever the f*ck I please.”

He said that AEW won’t give him a microphone, but “I’m still having fun in All Elite Wrestling and I ain’t going f*cking nowhere.”

He concluded his promo by saying that he’s accepting Jon Moxley’s open challenge. It seems like Joey Janela might have an issue with AEW, but it’s not enough to make him want to leave. If anything, now he has even more motivation.