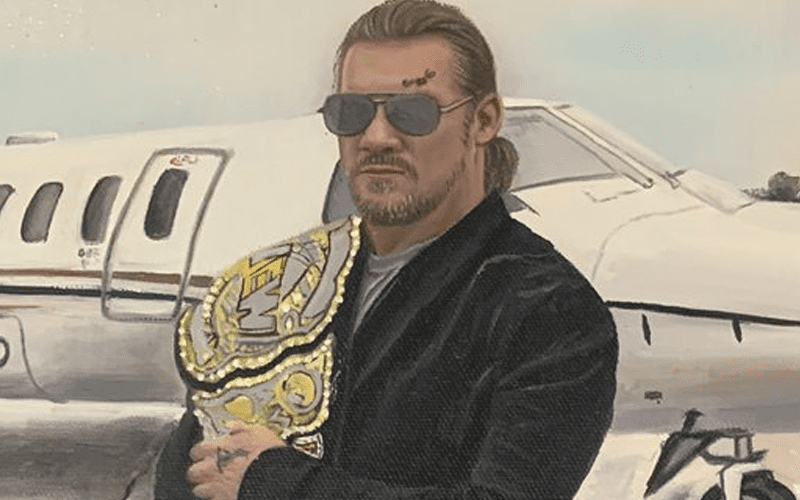 Chris Jericho is Le Champion of AEW. Scorpio Sky wants to change that on AEW Dynamite this week, so we’ll see how that goes.

As he’s enjoying his title reign and a little bit of the bubbly, Jericho is also getting a take in some wonderful art. This art is actually of himself.

The AEW World Champion showed off some art of himself recently on Twitter. This self portrait is of Jericho after he won the title at All Out only hours before he lost the title at a Longhorn Steakhouse.

It was an ad for a company that turns pictures into paintings, but the fact is that he decided to use that picture of himself to be remembered forever in painting form. It was an epic decision and any wall would be lucky to receive such an art piece.