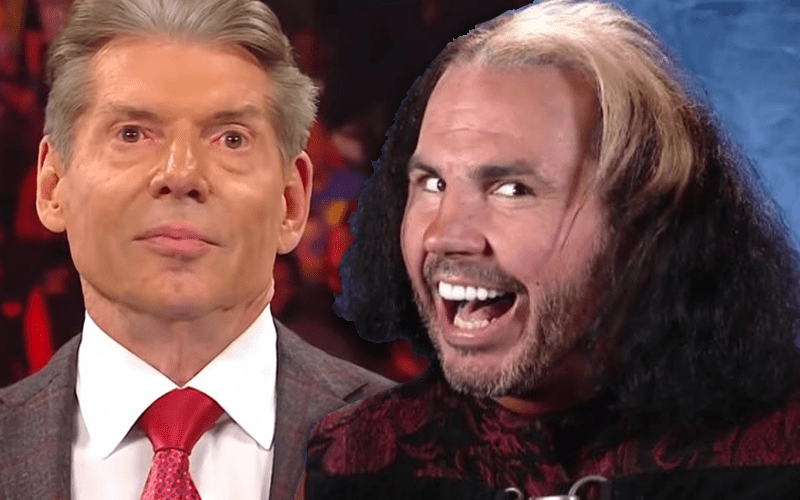 Matt Hardy’s quest to bring the Broken Universe to WWE was never fully realized, but at least they got an Ultimate Deletion match.

While speaking to Fightful, Matt Hardy revealed that it took a lot of explaining the Broken Universe to Vince McMahon before he got it. In the end, McMahon still didn’t seem to get it.

Hardy was still able to hold an Ultimate Deletion match on WWE television and he is very grateful for that.

“Yeah, when I was first was gonna do Woken Matt Hardy I had talk with him for thirty minutes and I explained the whole Broken Universe deal. I don’t think he understands it completely. Part of it is based off of different, various TV shows I watch, and it’s very Deadpool driven.”

“Broken Matt Hardy winks at the audience and kinda breaks the fourth wall and I don’t know that’s something Vince really enjoys or likes to do a lot or whatever unless maybe it’s this specific idea. I think it was very involved and I don’t think he got it all.”

Matt Hardy appeared on RAW this week and it was a nice surprise to see him again. That match happened while his wife Reby Hardy is set to give birth to their third son any day now.

We’ll have to see what’s next for Matt Hardy. He is releasing his own Broken content and his WWE contract is up in March 2020. It could be an interesting time for Matt Hardy once again because he has full ownership of his intellectual property now.