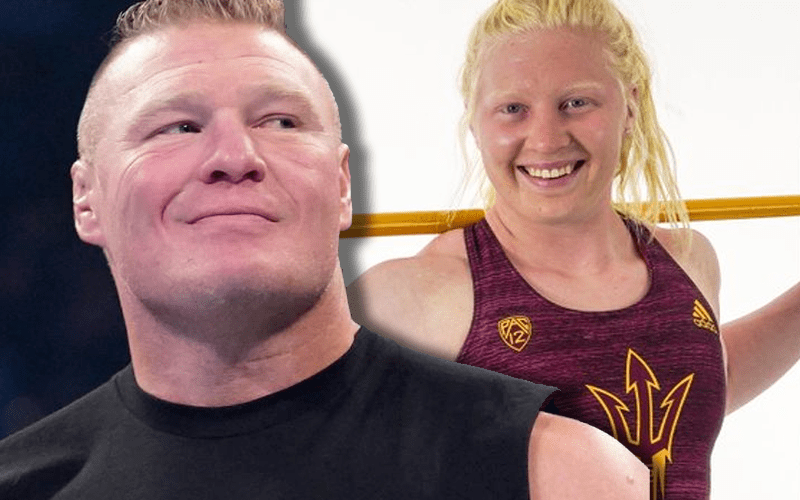 Brock Lesnar doesn’t talk about his personal life much, but he has a daughter named Mya who recently had something pretty cool happen for her.

Arizona State was very proud to announce that Mya Lesnar has committed to attend their school. She is currently the 6th best shot putter in the country and will join their track and field team we’re assuming under a nice scholarship.

Mya Lesnar is a Minnesota state champion, the sixth-best shot-putter in the country and a future Sun Devil!

Welcome to the #SunDevilFamily! #ForksUp

This is a very cool deal for Mya Lesnar. If you’re thinking that means that she will never break into WWE, just consider the fact that Charlotte Flair was a volleyball player before coming around to pro wrestling. That being said, there’s still time for Vince McMahon to sign a second generation Lesnar if she’s game.