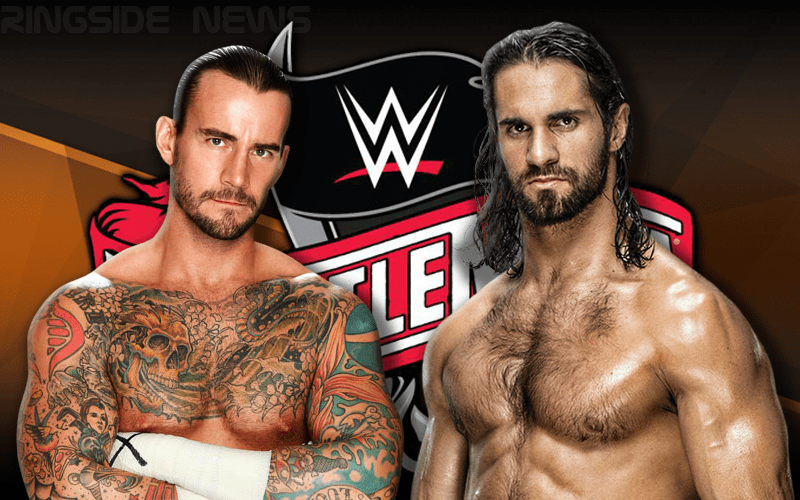 CM Punk and Seth Rollins seem to have started a bit of a feud. Punk suggested that Rollins simply log off of Twitter and The Architect didn’t seem to appreciate that.

101WKQX in Chicago recently spoke to Seth Rollins about CM Punk. The Architect took a shot at Punk getting “his butt kicked in the Octagon so bad that he didn’t want to show his face anywhere.” Then he offered a WrestleMania match against CM Punk so they can fight it out like men.

“Say whatever you want, play it however you want, that’s what Punk always does, but at the end of the day if he wants to come on a show and run his mouth about me and a company that he has had no part of for five years, then of course I’m going to stand up for it. This is a place that has given me everything that I’ve ever wanted in my life, not only for me but has provided me a living for my family, for people that I love, that I care about and of course I’m going to have its back. I’m not going to sit here and let you push it around, push me around and act like you’re so cool. You couldn’t bust a cherry in a fruit fight, dude.”

“I want to make some money, so if CM Punk wants to talk all of the smack in the world, I’ve invited him a million times to come to my ring to my domain on live television where you can’t hide behind anything, no desk in LA. Let’s do this thing, man. Let’s fight. Let’s fight it out like men.”

“So, the bottom line is, wherever whenever he wants to do the thing, if he wants to man up and do it on there, for me, the only place this match happens is WrestleMania in the main event, because that’s the only reason I’m picking a fight with him.”

Seth Rollins seems very ready for CM Punk. It will be incredibly interesting to see if The Second City Savior has a reply on WWE Backstage this week or whether he will stop by one of WWE’s many Chicago events in the next few days to personally deliver a message.