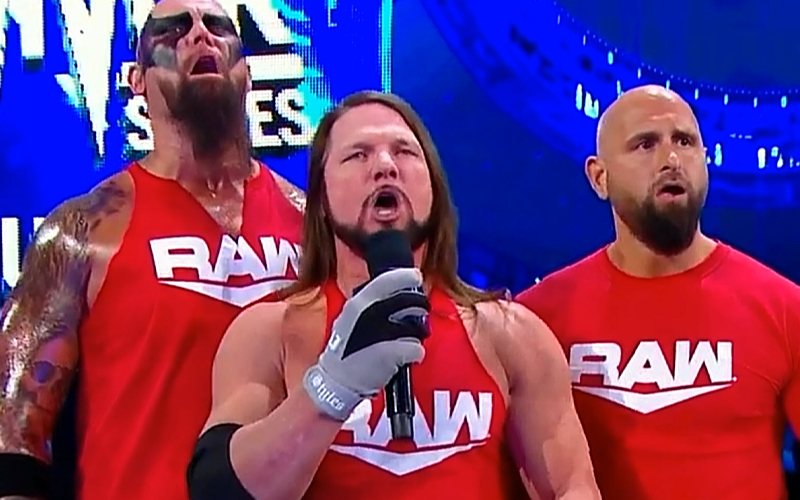 WWE held their go-home SmackDown before Survivor Series in Chicago and now there’s a new reason to chant for CM Punk. AJ Styles might not appreciate it very much.

AJ Styles came out with Luke Gallows and Karl Anderson by his side during the show. He cut a heel promo and got the crowd riled up. Then he said that he’s “the best thing going” in this town of Chicago.

“CM Punk” chants broke out and AJ Styles definitely heard them. Then The Phenomenal one fired back with a response that few expected as he said:

“I would mop the floor with him, so shut up!”

This was likely a clever impromptu retort on behalf of Styles, but it was a very interesting way to go about shutting that chant down.