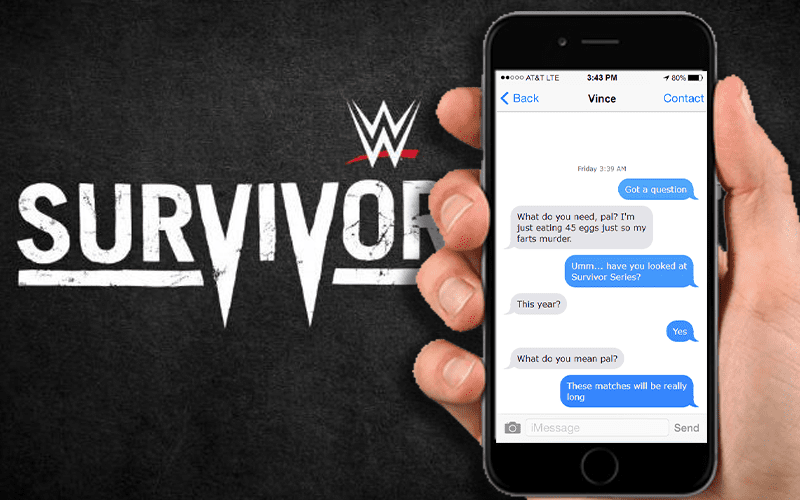 Raw, SmackDown, and NXT will be competing against each other at Survivor Series for the first time ever. That sounds like a great idea, but it could result in some very long matches since everyone should look good and there are a lot of eliminations that they have to book.

Bryan Alvarez mentioned on Wrestling Observer Live that he heard that it actually took WWE a while before someone realized the corner they booked themselves into.

“Well, a funny story. When they were putting together all of these matches, it was actually a while before somebody realized, ‘Wait a second, that’s a lot of falls to have in these elimination matches. THERE’S 15 PEOPLE HERE!’ So you have to have, what? Between 10 and 14 falls, that’s what you’ve got.”

It was proposed that WWE could do something to eliminate a bunch of people at once with a TKO, DQ, or count out. They need to figure something out or Survivor Series could be a very long night in Chicago.