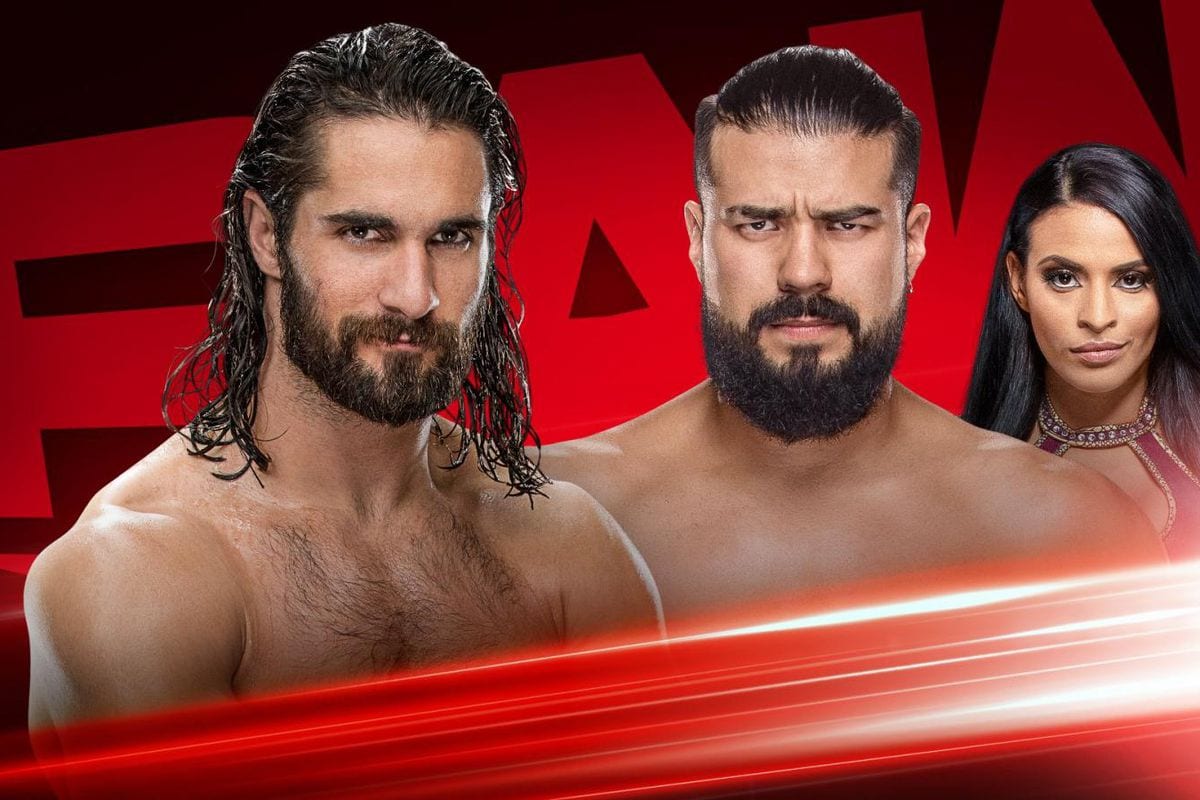 Welcome to Ringside News’ coverage of WWE Raw for the 18th of November.

Tonight’s show is to be headlined by a match between Andrade and Seth Rollins with the Survivor Series captaincy on the line, a mere six days before the big event. It seems highly unlikely that Andrade will win and captain the team but it could be a great match nonetheless.

Rey Mysterio will appear live tonight, one last time before facing Brock Lesnar at WWE Survivor Series. It’s unclear if the WWE Champion, The Beast himself will be in attendance, but Rey will certainly be looking over his shoulder for an attack from Lesnar.

Of course, being only six days away from Survivor Series, we’re certain to get more run-ins from SmackDown and NXT. And one of those matches could change because tonight Hawkins & Ryder will face The Viking Raiders for the Raw Tag Team Championships. Based on their previous encounters however, it seems highly unlikely the bro’s can come out on top.

Monday Night Raw from Boston opens with The Man, Becky Lynch, coming to the ring.

🔥The battle lines have been drawn. 🔥

The FINAL #RAW before #SurvivorSeries is LIVE on @USA_Network! pic.twitter.com/BsQplDSsjh

Becky kicks off by calling-out both Bayley and Shayna Baszler, the SmackDown and NXT Women’s Champions. She says she doesn’t care about waiting to Sunday, she just wants to fight and what better place for an Irish person to fight than in Boston?

Peyton Royce and Billie Kay, The IIconics come out instead. Royce says they couldn’t stay silent and Kay says they have been left off the Raw women’s Survivor Series team in some grand oversight. They get into the ring and say Becky needs to listen because they are the future and the future is…

Lynch interrupts them and says the future is her and Charlotte teaming together later tonight for some reason, but a better future would be for her to just face them both here and now. Charlotte Flair then makes her entrance and says that she doesn’t want to tag with Lynch either but the forces want them together. Flair says Lynch isn’t the only one who gets to complain about her Survivor Series match, because she is captain of Team Raw in the first-ever women’s triple threat elimination match. Charlotte asks for permission to come into the ring but, out of nowhere, Samoa Joe makes his entrance in a suit.

We return from the break to see this match in progress – Samoa Joe has joined the commentary team for the night. Lynch is in the ring but quickly tags in Charlotte, who takes the fight to Royce. Kay makes a tag and distracts Charlotte, allowing Royce to clock her with a heel kick and Kay covers for a two.

Royce tags in and hits a double-team kick to the back of Charlotte with Billie, before talking trash. Royce forces Flair to the corner and Kay tags in. Billie yells in Flair’s face until Charlotte punches her, then punches Peyton from the apron. Charlotte drops Kay and applies the Figure Eight. Royce runs in to make the break but Becky grabs her and hits a Bexploder and Kay taps out!

Shayna Baszler, Marina Shafir, and Jessamyn Duke storm the ring while Becky and Charlotte are walking up the ramp. The NXT heels clear Royce and Kay from the ring, then Flair and Lynch run down and brawl with them. Duke and Shafir beat on Flair, while Baszler drops Lynch with a big knee to the jaw. Baszler and co. leave through the crowd but Becky and Flair get up and run after them…only to be stopped by security. Becky drops one of the security guards with a right hand, then threatens the others.

Charly Caruso interviews Zack Ryder & Curt Hawkins backstage and they say they’ve been preparing for tonight their entire careers. Just then, The Author’s of Pain walk-up and stare them down. The AOP then destroy both Hawkins and Ryder, leaving them lying.

The O.C. come to the ring. AJ says he wants to make one thing clear; he would love to defend his United States Championship tonight but last week he was disrespected. Gallows says that, if you disrespect one member of The O.C., you disrespect all of them. So tonight Karl Anderson will have to teach Humberto Carrillo some respect.

The match gets underway and Anderson forces Humberto to the corner but Carrillo retaliates with arm-drags and a huge springboard headbutt. Carrillo looks to hit his Asai Moonsault but AJ and Luke pull Anderson from the ring.

The Street Profits come out to even the odds and, as they’re walking to the ring, Carrillo takes out all three members of The O.C. with a flip over the ropes to the floor!

We return from the break to find Karl Anderson firmly in control of Humberto Carrillo. Anderson drops Carrillo with a shoulder, then applies a headlock. “CM Punk” chant from the crowd, which is rather relevant for the first time in years.

Carrillo fights out of the headlock and drives an elbow into Anderson, followed by a front dropkick. Carrillo with a snapmare and a dropkick, followed by a standing moonsault for a two-count. Carrillo connects with a flying crossbody from the top rope for another near-fall, then looks for a springboard but Anderson counters with a spinebuster for a two-count.

It’s a party whenever @humberto_wwe is in the ring.

Humberto hurricanrana’s Anderson into the ring post, then connects with a springboard kick. Carrillo heads to the top rope but Luke Gallows grabs him and slingshots him on the top rope while AJ is distracting the referee. Anderson rolls-up Humberto but Montez Ford reaches in the ring and reverses the roll-up and Carrillo gets the pinfall!

Seth Rollins is backstage with Charly Caruso and she asks him why he would put his captaincy on the line six days out from Survivor Series. Rollins says he has been in WWE for seven years to the day and he’s never once backed down from a fight, so tonight is no different. He says he respects Andrade but he’s going to go out there and do what he always does…burn it down.

We get a commercial for the next episode of Total Bella’s and they say they’re coming back for the Women’s Tag Team Championships.

Bobby Lashley comes to the ring with Lana for a match. Lana says today is the happiest day of her life because she filed for divorce this morning. The fans chant “Rusev Day”. Lana says the fans won’t be seeing her soon-to-be ex-husband tonight. When Rusev landed in America this morning he was handed a temporary restraining order, so he can’t come within 90 feet of her. The fans boo but Lana says they just want Rusev out of their lives forever.

Bobby Lashley Vs. No Way Jose

The match gets underway and Lashley takes a headlock. Jose attempts to shoot him off but Bobby grabs a handful of afro. Lashley sends Jose to the corner but No Way dances around him. Jose takes a headlock of his own but Lashley lifts Jose up and slams him.

Shoulder tackle from Lashley, followed by a big one-handed spinebuster. Lashley then applies a full nelson to Jose and he passes out.

After the match, Lashley and Lana make-out in the middle of the ring, with it even going to the mat for a moment.