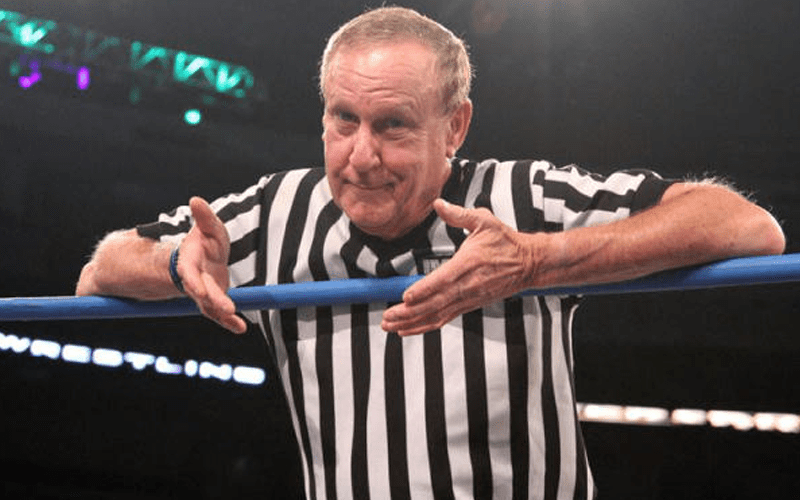 Earl Hebner was a part of several famous moments from WWE history. His exit from the company was rather sudden after it was discovered that he was a part of selling some bootleg merchandise. Now he is with AEW and having a great time.

While speaking to Wrestling Inc, Hebner discussed the differences between WWE and AEW. He didn’t say that WWE feels like a prison, but he did allude to such a statement when saying that All Elite Wrestling doesn’t feel like one.

“It doesn’t feel like you’re in prison here, You’ve got more leeway and it’s more relaxing. It felt like you were in a prisoner in WWE but not in AEW. This is just a more laid back company and at my age, this is great for me.”

Earl Hebner doesn’t appear to be working a full-time schedule for AEW, but he does appear at certain events. His officiating is definitely one of a kind and it’s likely that he’ll also be taking part in plenty more milestones in AEW history for the long term.