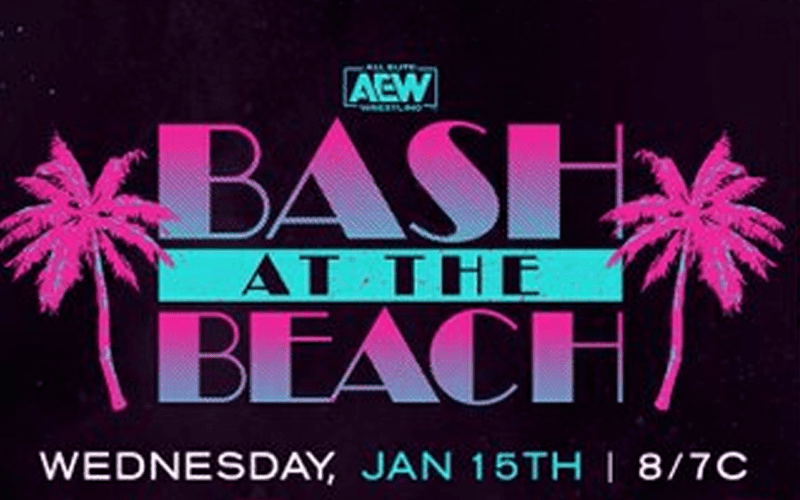 AEW loves pro wrestling history and for some reason, Bash At The Beach isn’t something that WWE has used since they acquired so many names of events. Now that name is getting some use with All Elite Wrestling.

The company revealed that the AEW Dynamite scheduled for January 15th in Miami Florida will now be called “Bash At The Beach.” This could be a very interesting event.

The #AEWDynamite scheduled for Wednesday, January 15th in Miami, Florida has gotten just a little bit bigger now as the event will be Officially Titled: BASH AT THE BEACH

Since AEW is giving this episode of Dynamite such a special name we’ll just have to see what they have planned. Chris Jericho’s Rock n Wrestling Rager At Sea is the next week on January 20th- 24th so they might have two very special episodes coming in a row.