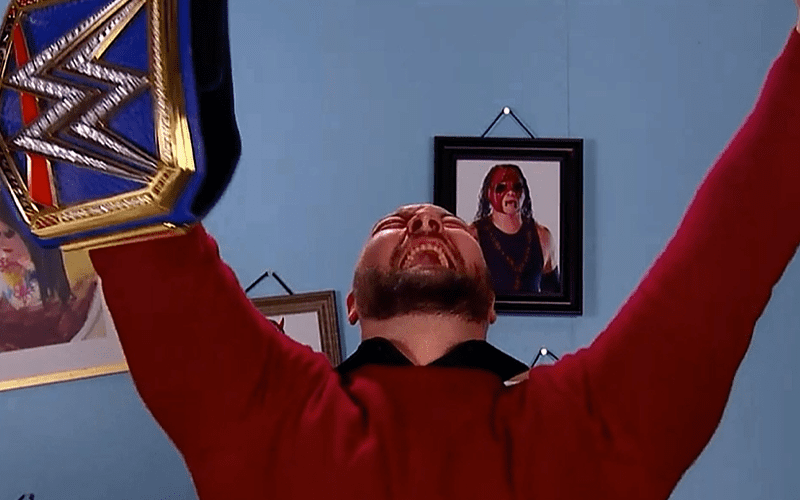 WWE debuted a new Universal Title belt last night. It pretty much looks the same, but it is now blue to match the SmackDown brand.

Not to miss out on a buck, WWE is already selling replicas of their new Universal Title. You can order your’s today for $430, but they won’t be ready until December 9th.

Fans had hoped that WWE would give Bray Wyatt a special title belt unique to his character. That is always a possibility, but first, they had to change the big red belt to blue due to the brand change.

The fact that this title is already available likely means that WWE had this new title ready some time ago because at least they had the design sent off to the replica shop. So, if you really want the new blue Universal Title, then WWE has you covered already.