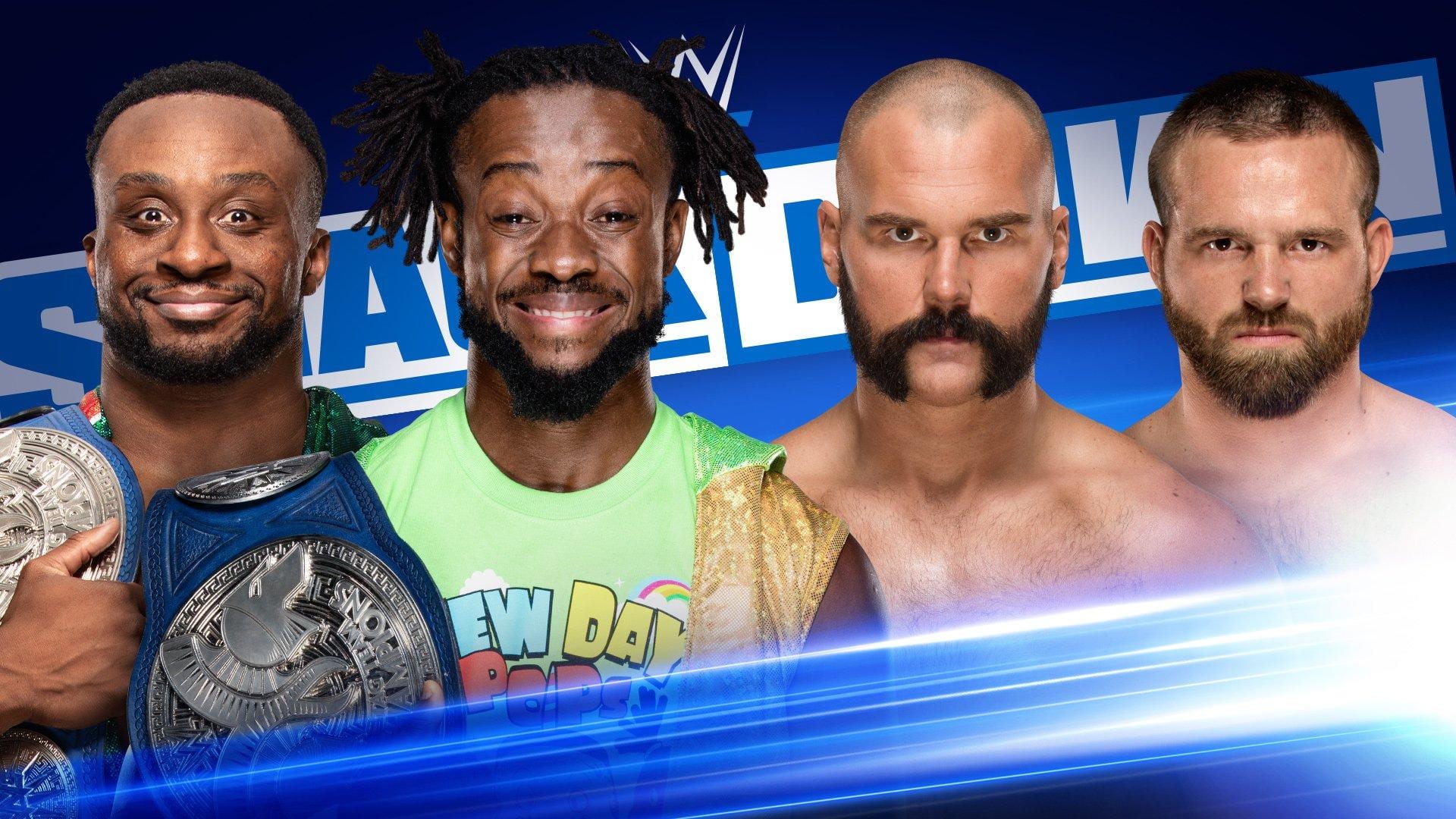 The New Day could lose the SmackDown Tag Team Titles as they face The Revival. Let’s see if WWE ends up altering Survivor Series once again.

Lacey Evans is already on Team SmackDown so it’s likely we’ll hear from her. She didn’t have to win a match first either.

Also, The Miz will have Daniel Bryan as a guest on Miz TV. Let’s see if The Fiend shows up. You can check out a complete bullet point list from WWE below:

King Corbin came out on a throne with people carrying him to the ring. “You’ve got to be kidding me,” Cole said. Corey Graves loved it.

Corbin joined Dolph Ziggler and Robert Roode who were already in the ring. Nobody carried them.

“You suck” chants and then Corbin tried to start, but they booed him more. “Let the man talk,” Roode said. Then Corbin said to pay respects to their kind and they should be like Ziggler and Roode who have pledged their loyalty to his kingdom. New stable called Kingdom coming to WWE? That’s totally not something that already exists in pro wrestling.

Corbin took several stabs at Reigns calling him a “shell of what he once was” and Roman refuses to believe it. Then Corbin said this is no long Roman Reigns’ yard, it’s his kingdom. Then he declared that he is the Captain of Team SmackDown at Survivor Series. Apparently, that’s legit because they showed a graphic for it.

Ziggler said that Shorty G and Mustafa Ali aren’t going to compare to them. Roode said they got hand outs and that doesn’t fly with King Corbin.

Then Corbin invited Roman Reigns to the ring saying that if they’re team mates at Survivor Series then they need to trust each other. They asked if we wanted to see The Big Dog. Then they played a ridiculous video of a chihuahua barking and someone came out in a dog suit doing all of Roman’s mannerisms. We’re not kidding. There was high-pitched barking and howling to Roman’s music. Dogs all over the country probably freaked out with this segment.

Then they made the Big Dog bow to Corbin.

The match got started with Roode and G in the ring together. Shorty pulled off a very technical takedown

Then Ziggler took the tag and they gained the upper hand on G. Shorty and then G was able to tag in Ali. Mustafa eventually took control on Ziggler with a kick from the corner then he hit a rolling facebuster.

The heels continued to work on Ali as Roode took the tag. Ziggler took a cheap shot at Ali when the referee wasn’t looking.

Ali took a leap out of the ring and smashed against the announce table. Just as the heels were swarming around Mustafa Ali, Roman Reigns made his entrance to even up the score.

They continued and kicked out after a Famasser from Ziggler before Ali nailed a superkick as Ziggler was charging at him for a superkick of his own.

Roode and G got tags and Shorty threw Ziggler gourd and hit a cannon ball on Roode before nailing a spinning neck breaker. G hit a beautiful moonsault for two-count and everyone was shocked that the match did’t end.

Ziggler made the blind tag and Ali broke up a pin after an assisted Zig Zag. They traded Superkicks and Ali left. G got on an ankle lock, but Roode saved the match for his team.

Roman nailed a spear on Roode on the outside and then Gable hit a German Suplex followed by an 054 from Ali for the win.

They aired footage of The Fiend’s attack on Daniel Bryan from last week.

He introduced a new title. It was blue. You watch the clip by clicking here.