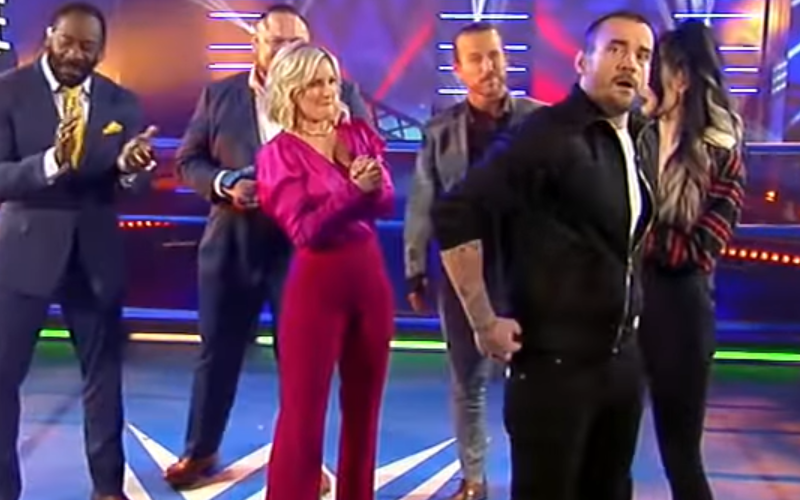 FOX is bringing CM Punk onto WWE Backstage. This was a big announcement, but World Wrestling Entertainment is still a bit shy about tagging Punk on social media.

WWE’s official YouTube account sent out a tweet saying that CM Punk appeared on WWE Backstage and he’ll be back next week, but they didn’t tag the Second City Savior.

This caused Renee Young to notice and she wasn’t afraid of calling WWE’s social media team out on not tagging CM Punk. So, the former Raw Announcer sent out a little tweet to let them know that they’re cowards and they should have just tagged Punk in the first place.

Tag him you cowards! @CMPunk

Let’s just see if WWE’s official social media will eventually tag CM Punk. It could be a slow process, but they might as well do it since he’s obviously back in the fold to some degree.