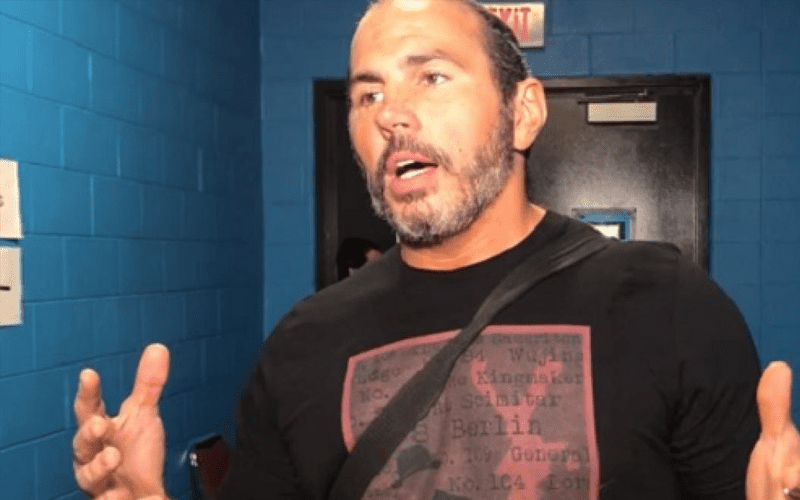 The ladder match is one of the best match stipulations in all of professional wrestling, and WWE were the first ones to really put it out there into the world.

On the face of it the whole thing comes across as a silly idea, but the beauty of being a wrestling fan is that sometimes, there are things which are so great that they’re almost impossible to explain.

Some of the most famous faces in the company’s history have featured in ladder bouts over the years, but the actual impact of the idea was first felt way back in the 90s.

Regardless of who is perceived to have been the major innovators of the match, or which style was more successful, there’s no way of getting around the fact that The Hardy Boyz took the concept and took it to a whole new level.

They turned it into a movement, and eventually, created the Tables, Ladders & Chairs match which still lives on to this day. Matt himself has also been credited with coming up with many of the big spot ideas in these historic matches we all know and love, despite Jeff getting a lot of the credit due to his high flying style.

At this stage it doesn’t appear as if Jeff is going to be welcomed back into the WWE family with open arms, as a direct result of his actions in recent months, but we sincerely hope that we get to see the brothers in at least one more ladder match together.