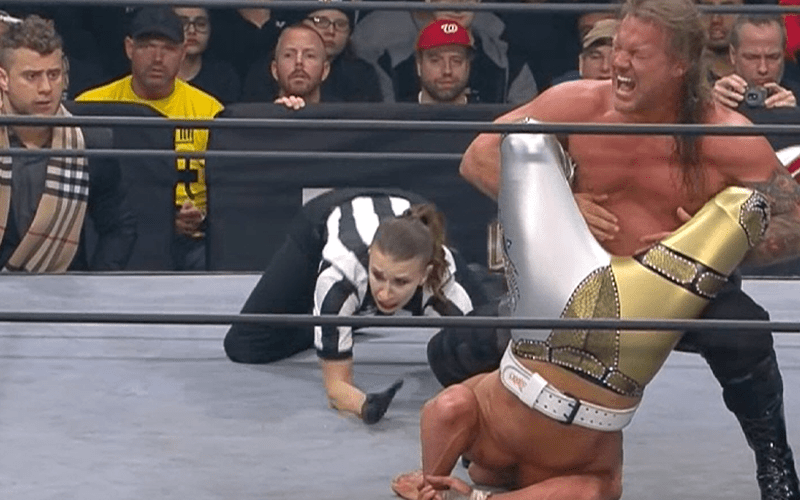 Chris Jericho is still Le Champion after AEW Full Gear. This happened in a rather controversial way, but now Cody can never challenge for the AEW World Title again.

When asked about MJF throwing in the towel, Chris Jericho warned during the media scrum after the event that this shouldn’t diminish his victory at Full Gear. He said that Cody Rhodes was already in a very bad spot and he would have defeated him anyway.

“I don’t want this to get hung up on MJF throwing a towel in the ring because as you could see Cody was beat up and bleeding all over the f*cking place. Plus, he was so tied up like a pretzel there was no escape.”

Either way, MJF still turned on Cody Rhodes so it appears those two will be feuding now. We’ll have to see what is next for Maxwell Jacob Friedman, but if I were a betting man The Salt Of The Earth has some serious explaining to do on Dynamite this week.