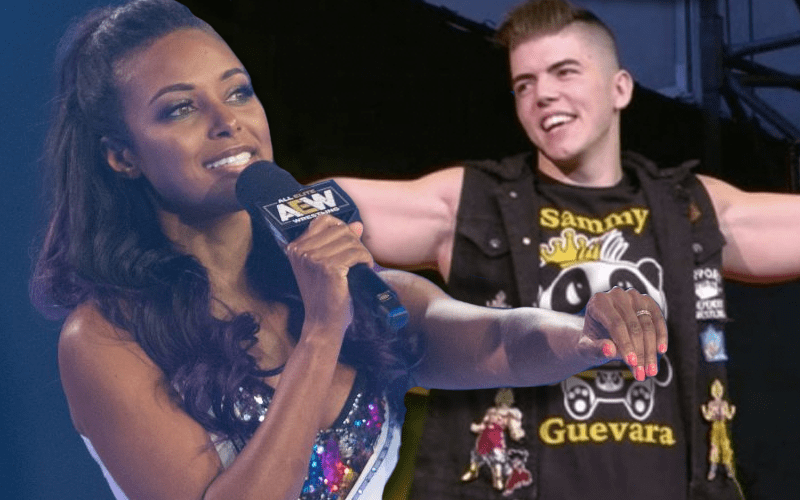 AEW is full of people who have crossed paths before in the world of pro wrestling. Two of those people who previously met are Brandi Rhodes and Sammy Guevara. The American Nightmare’s wife might not have the best memories of their interaction.

While speaking at Starrcast IV, Brandi Rhodes revealed a story that we have never heard before. She remembered Sammy Guevara from his WWE tryout, but it wasn’t for a good reason.

Brandi revealed that when Sammy Guevara shook her hand backstage in WWE that day, he winked at her. She was very offended and remembers how angry she was. Brandi Rhodes said she even asked other people backstage if she should be that upset about receiving a wink from Sammy Guevara.

She didn’t like the idea of a young kid coming in and trying to flirt with her. This was amplified because not only was Sammy there for a WWE tryout, but Brandi Rhodes is a married woman.

After she realized where she remembered the Spanish God from, Brandi later told Guevara about this. Perhaps he really didn’t know she was married, but it was pretty hard not to know that Brandi Rhodes and Cody Rhodes were married at the time.

Sammy Guevara later replied back to Starrcast sharing a video of this story with two emojis, and one of them was a winkie face.