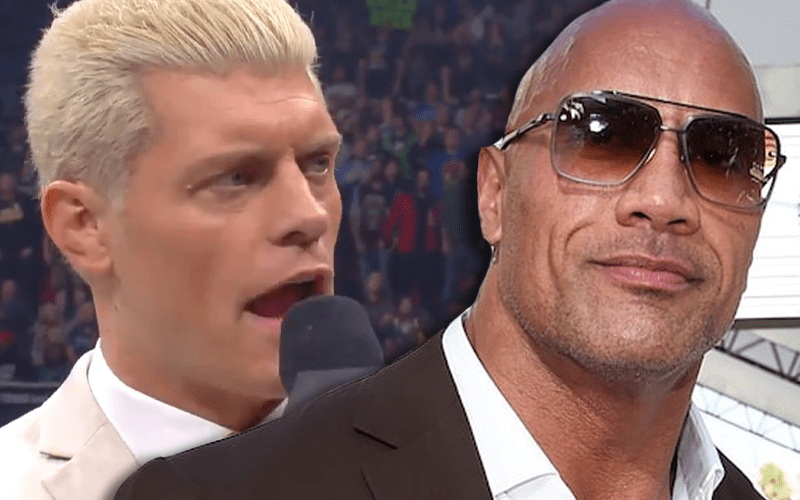 Cody Rhodes took the microphone to make an announcement last night and he had a lot to say. While bringing up the history of bookers in the business who also wrestle, he made a big declaration. If he is unable to defeat Chris Jericho at Full Gear then he will never get another shot at the AEW World Title.

His promo brought a lot of praise throughout the IWC and The Rock certainly took notice. The Great One praised Cody for virtually every aspect of his promo and said he mic dropped that MF.

AEW Full Gear was already an important pay-per-view. It will be the first paid special after they started TNT Dynamite. We will be patiently waiting to see if AEW Dynamite’s performance this week will bring in an extra boost of buys, but it sounds like Cody’s promo this week certainly didn’t hurt things.