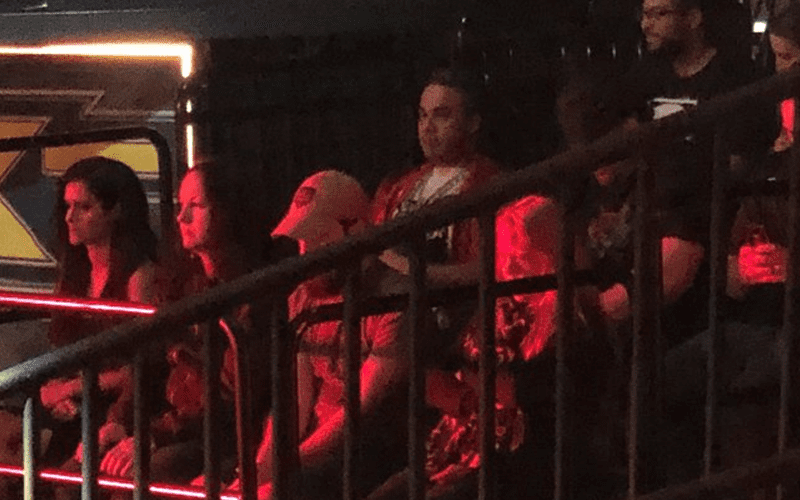 The indie wrestling scene is full of all kinds of different people. Teddy Hart is a star for MLW, but that didn’t stop him from enjoying NXT last night. He also brought along his cat.

Harts love cats and this was proven last night. Teddy Hart sat in the crowd last night and took in the NXT show, but his cat didn’t leave his lap.

It is very interesting how Teddy Hart appeared on Total Divas as “Natalya’s friend Ted.” WWE didn’t put the camera on him last night, but he was certainly spotted in the crowd.

You can check out the photos below to see what we’re talking about. He had a very good seat for the show, but he also shared it with his cat who is apparently also a big pro wrestling fan.