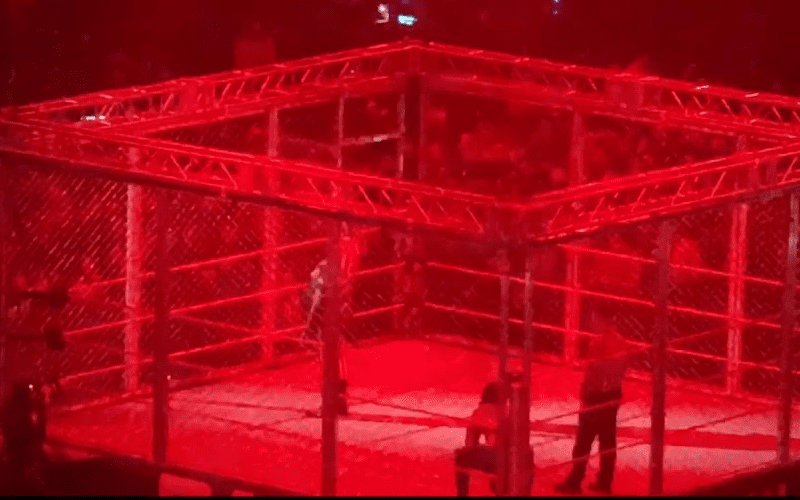 The Fiend might be a WWE SmackDown Superstars now, but he was still in the building for RAW this week.

After RAW went off the air, WWE put the red light on and Seth Rollins had another WWE Universal Title opportunity. This was right after he had an NXT Title match.

This steel cage match didn’t last very long. They only worked for around 5 minutes and Rollins hit several stomps, but Wyatt wouldn’t let him leave the cage. Then Wyatt nailed a Sister Abigail for the pin.

The lights went down and then when they came back on The Fiend was on the stage. He left as the crowd cheered for more of Bray Wyatt.