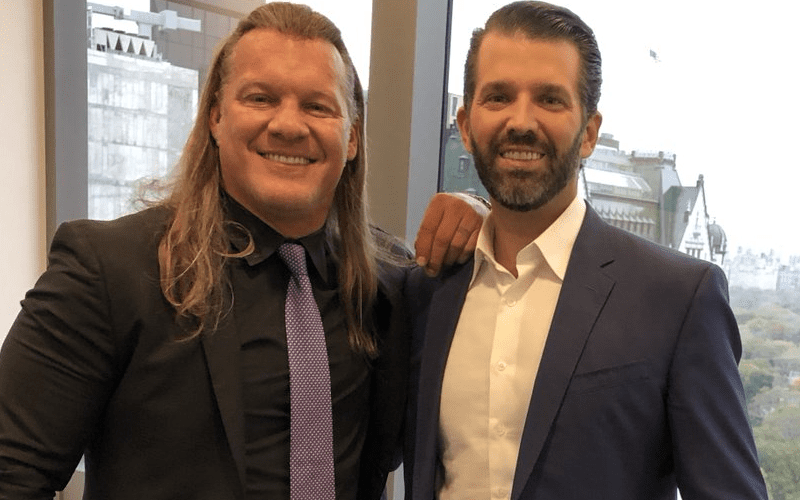 Chris Jericho is a man who wears many hats. Sometimes he’ll wrestle, other times he’ll sing, but he can always talk.

Donald Trump, Jr recently tweeted out that he recorded an episode of Talk Is Jericho with Y2J. The two took a smiling photo-op together as Trump tweeted:

Had a great time today chatting about my new book #Triggered on #TalkIsJericho with #LeChampion @IAmJericho. We had an awesome conversation and he’s a really cool dude. The podcast drops later this week and you won’t want to miss it!!!

We can probably expect that episode to drop pretty soon and it could be an interesting listen. If anything, you’ve got to give Donald Trump, Jr credit for knowing that Jericho is Le Champion of AEW.