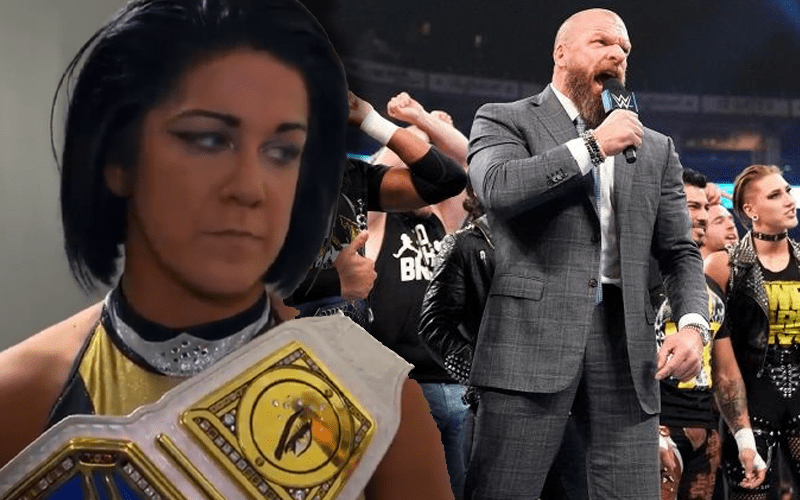 Bayley had a good run in NXT and she obviously gained Triple H’s favor, but that time is over now.

After NXT invaded Friday Night SmackDown, Bayley had one things to say. She issued a warning to those NXT Superstars that they need to watch out for Triple H. She said that he will turn on them someday just like he did with his former NXT Superstars.

He’ll turn his back on every single one of you too someday.

Scott Dawson also commented on this event and he had a similar reaction. Alexa Bliss then interjected that at least Triple H liked them.

This is a very interesting storyline and if WWE does it right they could be dragging some serious kayfabe skeletons out of closet as everyone else puts their Halloween decorations away.