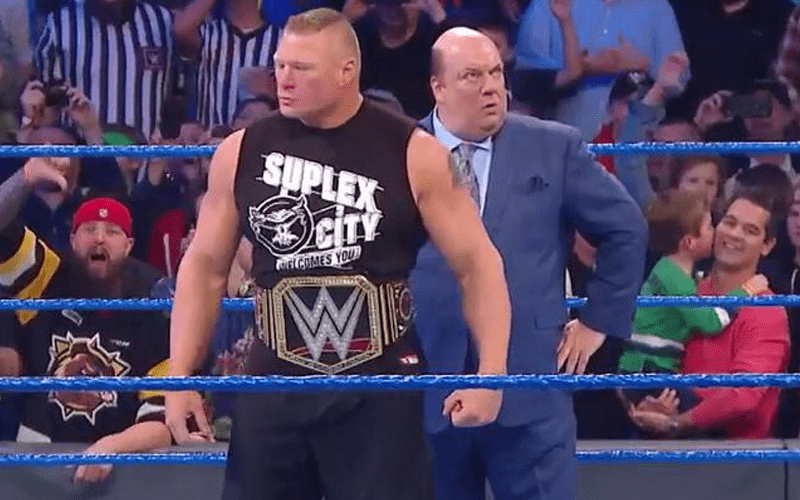 Brock Lesnar is the WWE Champion and successfully defended his title against Cain Velasquez at WWE Crown Jewel. Now he wants Rey Mysterio and he’ll do anything to get it.

Brock Lesnar and Paul Heyman showed up and they were pissed off. Paul Heyman said that Lesnar tried to get a match against Mysterio, but Vince McMahon wouldn’t do it.

Then it was explained that Raw Superstars have exclusive contracts with USA Network and SmackDown Superstars are exclusive to FOX.

This explanation was then followed by Paul Heyman announcing that Brock Lesnar is quitting SmackDown. He will be on Raw next week on the hunt of Rey Mysterio now.

That appears to be how WWE is remedying the issue of having two titles on the blue brand.