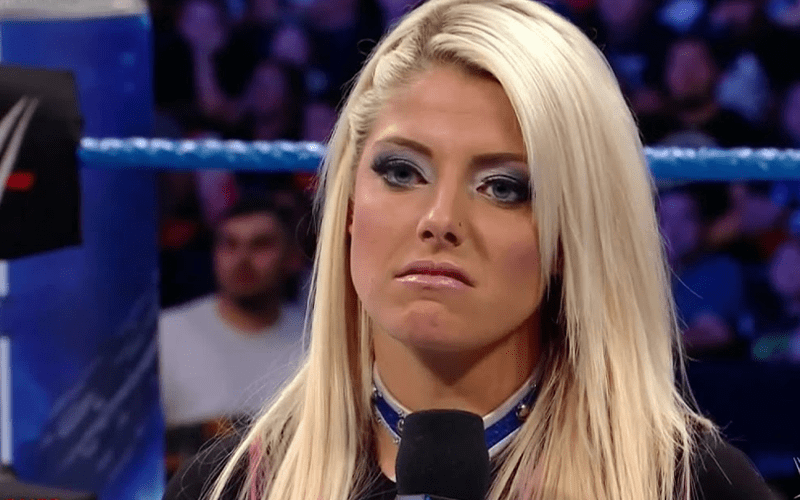 Alexa Bliss went to Saudi Arabia last time WWE traveled to the country. She went with Natalya to wrestle, but Saudi Arabia wouldn’t let her compete. This time was different for women’s wrestling in Saudi Arabia, but they brought Lacey Evans instead.

Not long after the announcement was made about the first-ever women’s wrestling match in Saudi Arabia, Alexa Bliss tweeted out a picture of herself sitting in the stands with a simple caption of “.” That period could say a lot.

During SmackDown this week at about the time WWE showed the highlights from the first-ever women’s match in Saudi Arabia, Bliss tweeted out an animated gif of Seth Meyers saying: “Yeah, yeah we know.”

Then, Bliss tweeted out: “We get it.”

She might not be too thrilled right now, but it’s hard to gauge how she’s really feeling with those ambiguous tweets. The timing of these messages is quite interesting though. Her absence from SmackDown this week was also noticed.