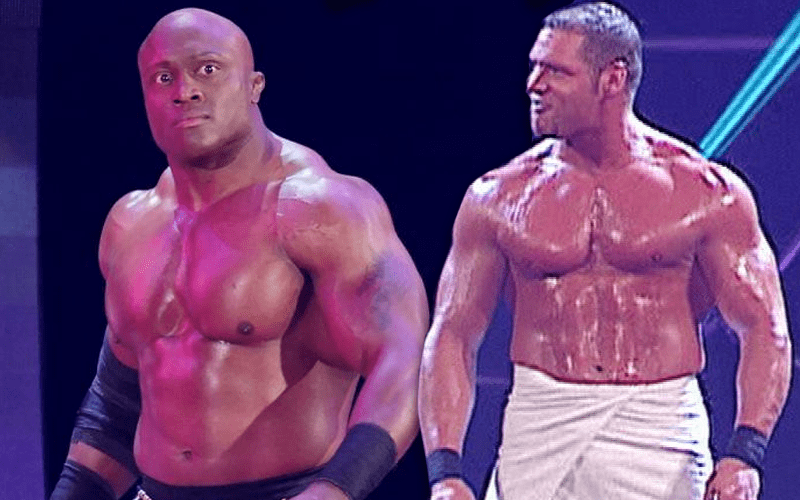 Bobby Lashley and Lana are in quite a scandalous storyline. It is certainly drumming up enough traffic in terms of YouTube clicks.

TV Insider recently spoke to Bobby Lashley. He was asked about his new storyline with Lana. He ended up joking about it saying that he could be the next Val Venis

“It was one of those things where no matter what you do, you have to sit back and say, ‘Is that me? Can I do that?’ I didn’t know if I could do it, but that’s the challenge of being a WWE superstar today. In order to be a performer and maybe take on that next role in acting, you have to have different layers. My layer was one-dimensional.”

“I put some gloves on and kick anybody’s ass. So there is a part I need to work at. Doing a role that is so dramatic, love scenes. It’s taking some getting used to… I might be the next Val Venis. It is a different style for me. I am who I am. I think this will show a little more who I am after.”

We’ll have to see if Bobby Lashley moves on to another female on the roster next. Things are just starting to heat up in his angle with Rusev and Lana. He might rather be wrestling Brock Lesnar, but this will do for now.