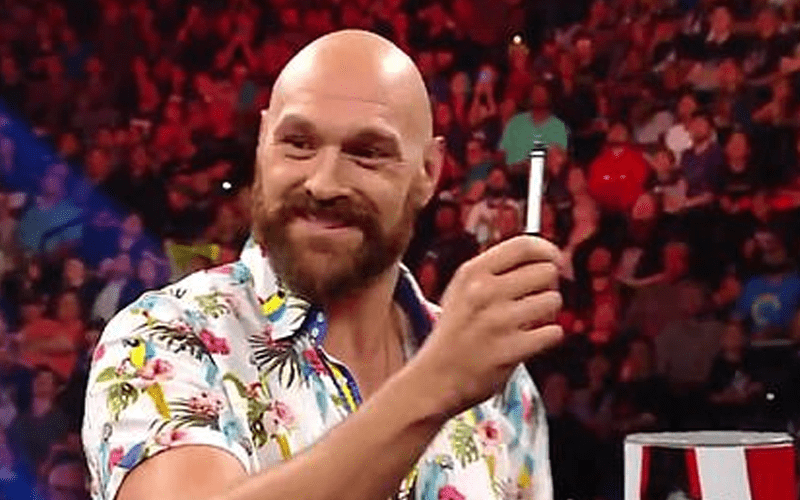 Tyson Fury is set to battle Braun Strowman at WWE Crown Jewel this Thursday, but does he have any plans with WWE after October 31st?

Telegraph.co.uk recently spoke to the undefeated heavyweight boxing champion where he revealed something very interesting. He might be enjoying his time WWE, but at this moment he has no plans to carry on after Crown Jewel.

“I’m an entertainer and fast learner, so I’ve been getting the best out of it. It’s taken my mind off boxing completely.”

“I wouldn’t be in training camp at the moment, anyway. But it gives me something to do. I didn’t want October and November off. I knew this would be a month-long job and I knew I would be busy.”

“Never say never, but I’ve got nothing planned for the future with wrestling.”

Tyson Fury’s Crown Jewel match could be his last with WWE. He will probably do his best to make it count then.