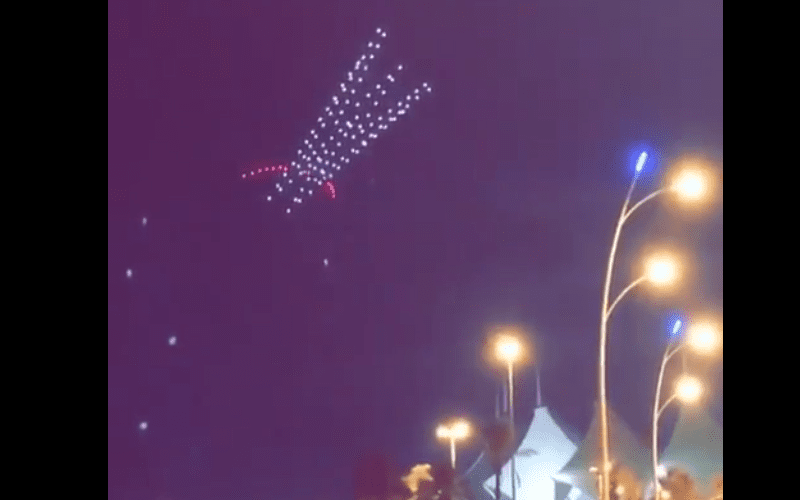 WWE pulls out all the stops for their Saudi Arabia events. Now it looks like they’re going to be testing out some new technology for the next big Saudi Arabian show.

@WrestlinClub has uploaded a video showing new technology that they plan on using during WWE Crown Jewel.

It looks like Saudi Arabia will soon have a huge WWE logo hovering over them. It’s a pretty impressive video and hopefully it comes off well live and on television.