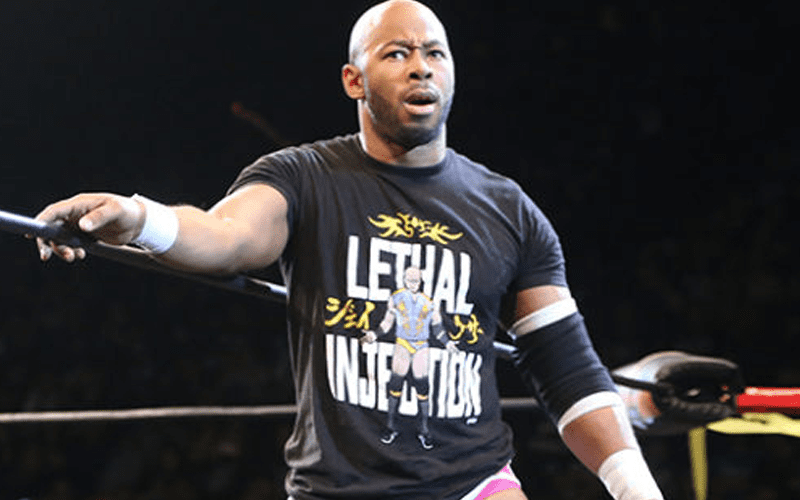 Jay Lethal is a former ROH Champion and Jordan Myles recently came at him for being an “Uncle Tom.” The timing was pretty awful for Myles to come at Lethal because we have bad news to report about Jay Lethal’s current status.

PW Insider reports that Jay Lethal is out with an injury. This was confirmed by “multiple Ring Of Honor sources.” Yesterday he broke his arm at the Honor United event in Bolton, England.

This injury took place as he was working with PCO. It occurred as PCO came down on Lethal which led to Jay Lethal’s arm taking much of the impact.

At this time there is no word on when Jay Lethal will be back in the ring.